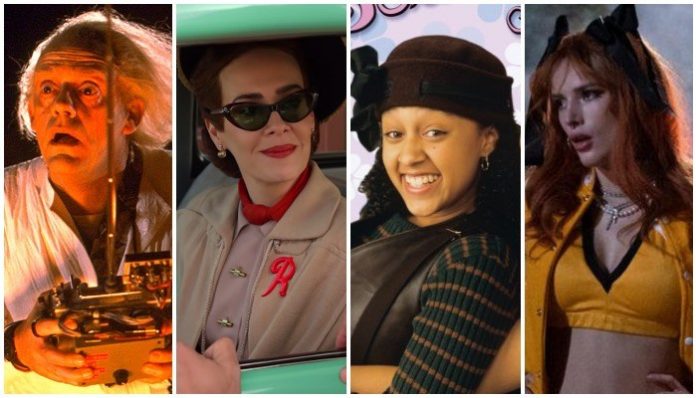 It’s September, which means the air is getting cooler, people are going back to school and Netflix is putting a whole new group of TV shows and movies on its platform.

From throwback shows to brand-new movies, there’s no shortage of binge-worthy things to watch on Netflix this month.

To help you sort through the selections, we picked 10 new titles that you need to watch on Netflix in September. Be sure to add these to your queue and let us know what you think about these new picks in the comments.

The Back To The Future trilogy

At long last, all three Back To The Future films will be put on Netflix yet again, which means it’s time for a movie marathon. Watching the antics of Marty McFly seems like the perfect way to kick off the fall season, so definitely don’t miss these films when they return to Netflix Sept. 1.

Tia and Tamera are back, all six seasons of them, beginning Sept. 1. This iconic ’90s sitcom was always on our TVs back in the day, and we cannot wait to rewatch all of those Sister, Sister episodes we used to know and love.

The Jumanji spinoff is coming to Netflix Sept. 1. If you’re unfamiliar with Zathura, two brothers find a mysterious board game, but rather than transport them to the jungle, they are headed to space. You might as well have another marathon with the Jumanji films because why the hell not?

At the end of August, Netflix put this wholesome film on its platform that’s guaranteed to melt your heart. In All Together Now, an optimistic teen hides the truth about her home life from everyone in her circle and deals with the trials and tribulations of life while pursuing her dream of music. It will make you think a lot about friendship, kindness and selflessness, which is something everyone could use once in a while.

This new psychological horror film, which is based on a book, is guaranteed to keep you up at night. In I’m Thinking Of Ending Things, a young woman takes a trip with her boyfriend and his family only to discover things aren’t what they seem. This hits Netflix Sept. 4.

If you couldn’t get enough of Unsolved Mysteries, you have to watch the OG version arriving Sept. 15. Who knows? Maybe you’ll be able to solve some of the world’s most uncrackable cases.

This Ryan Murphy series is based on the 1962 novel One Flew Over The Cuckoo’s Nest. Ratched follows Mildred Ratched, a nurse working in an asylum who’s a part of horrifying experiments performed on patients. It’s a psychological thriller starring American Horror Story actress Sarah Paulson, which should be enough information in itself to get you to watch.

The horror film 1BR hit Netflix at the end of August and follows a girl who moves into a new, seemingly ideal apartment complex. However, when she finds out her neighbors are not what they seem, it might be too late.

2016 sci-fi thriller Midnight Special is hitting Netflix Sept. 7 and follows Alton (Jaeden Martell from It), who displays superpowers, and his father’s attempt to protect him. The pair have to escape a cult, the government and basically the world to protect the boy.

This upcoming sequel to The Babysitter again follows Cole, who’s trying to forget his trauma and acclimate to high school life. However, when his old enemies come back to haunt him in The Babysitter: Killer Queen, he finds himself again fighting for his life. The film hits Netflix Sept. 10.