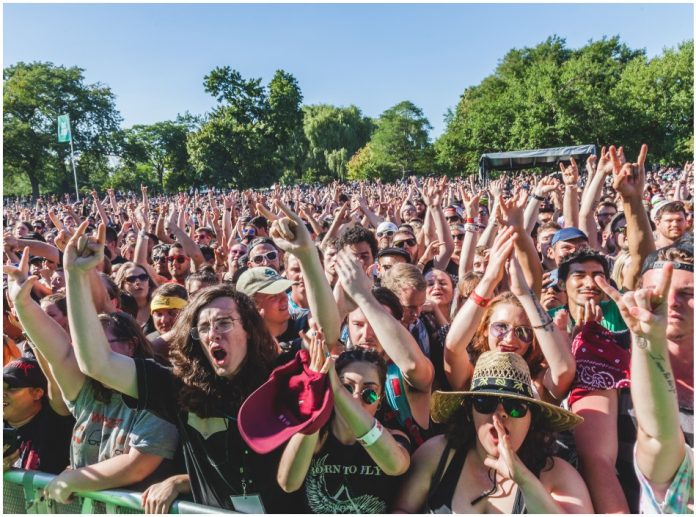 Over the years, Riot Fest has taken over Chicago’s Douglas Park with circus sideshows, carnival games and, most importantly, an incredible lineup. But its history stretches even further back, drawing people of all ages and backgrounds between its hub and offshoots in Toronto and Denver. The festival has been running for 15 years strong, solidifying itself as a favorite, from its burgeoning DIY punk spirit to securing epic reunions. Check out 10 essential Riot Fest staples below.

Against Me! – “True Trans Soul Rebel”

Against Me! are such a Riot Fest staple that they secured their own fest-inspired Garbage Pail Kids trading card in 2017. Agnes T. Me! appeared alongside fellow regulars Andrew W.K., GWAR, New Found Glory and Taking Back Sunday for a one-of-a-kind merch grab. While frontwoman Laura Jane Grace has a clear love-hate relationship for her home turf (expertly captured in side project the Devouring Mothers’ straightforward take, “I Hate Chicago”), the same can not be said for the city that welcome the band with open, sleeve-tatted arms year after year.

Another regular, Andrew W.K. has been bringing the nonstop party to the grounds since 2012. His inaugural year also marked a first for Riot Fest as they moved from their multi-venue setup in Chicago to one outside event and several pop-ups in Philadelphia, Brooklyn, Dallas and Toronto. Andrew W.K. played Dallas, Toronto and Chicago, beginning a tradition of party rock that festivalgoers would expect and embrace for years to come.

It’s not Riot Fest if half the crowd isn’t walking around soaked in the blood of GWAR’s latest victims. The alien overlords have beamed down to the festival’s stages every year since 2012. Each run, they bring their grotesque costumes and elaborate storyline to life. While many have been sacrificed for the sake of face-melting riffs, Hillary Clinton facing off with Donald Trump ahead of the 2016 election marked one of their most unforgettable sets.

Jawbreaker are probably your favorite band’s favorite band—seriously. After 10 years together, the emo act disbanded in 1996. Twenty-one years later, they announced their return at Riot Fest, drawing such a large turnout, it was hard to believe fans were anywhere but the Riot Stage. Originally intended to be a one-off, the band kept booking shows and returned to Douglas Park yet again in 2019.

Jesse And The Rippers – “Forever”

Now, we know what you’re thinking: Jesse And The Rippers aren’t even a real band. But if there’s one thing we’ve all learned in following the snark-filled shenanigans of the Riot Fest Twitter account, it’s that they love John Stamos. The fictional Stamos-fronted Full House band have one hit—a cover of the Beach Boys’ “Forever.” The surf-rock act often appeared on the family-friendly sitcom, and the actor even joined them for a re-recording of the track for their Summer In Paradise LP. While Late Night With Jimmy Fallon beat Riot Fest to the one-night-only reunion of the Full House band in 2013, the fest has continued their show of affection with everything from a butter sculpture to a birthday party at pop-up restaurant the Riot Feast to a Stamos-themed art show.

Motion City Soundtrack – “Everything Is Alright”

For all of its reunions, Riot Fest also has hosted a handful of final shows, and Motion City Soundtrack took their final bow amid the festivities in 2016. The band played through a 17-song set on the Roots Stage, but they still had one more trick up their sleeve. The following night, they headed to Metro for one of the famous Late Night aftershows. There, they more than doubled their fest set, playing 36 tracks to a sold-out crowd. While the band reunited in Chicago on New Year’s Eve in 2019 ahead of their U.S. dates in 2020, that gig marks a special place in Riot Fest history.

Riot Fest waved their magic wand again in 2016, reuniting the original Misfits for the first time in 33 years. The horror-punk icons had parted ways in 1983, announcing the decision from the stage of their annual Halloween show. Following the first wave of legal battles of Glenn Danzig v. Jerry Only and Doyle Wolfgang von Frankenstein, the latter won the right to begin performing under Misfits again in 1995. The legal woes continued for years, and the trio agreed to reunite as part of a settlement, making the agreement official at Riot Fest Denver and Chicago in 2016 with a 25- and 26-song set, respectively. The show made sense as Misfits were one of the first to play Riot Fest in their inaugural year in 2005—and they’ll be back in their original lineup at Riot Fest 2022.

Naked Raygun hold a special place in Riot Fest history as they were an early band who agreed to reunite at the Chicago event. The festival went big in its second year, securing the punk band as headliners in 2006. Their return was supported by sets from the Blue Meanies, 7 Seconds, Mustard Plug and more, which was housed at the Congress Theater. Like many other acts who reunited for the fest, Naked Raygun kept it going even after the event concluded. The band confirmed they were “back for good” and even played more Riot Fest sets throughout the years.

Taking Back Sunday have been a Riot Fest staple over the past few events, playing consistently year after year. In fact, the band are so reliable that Riot Fest called them up as one of the replacements when lack of medical clearance for Travis Barker led to blink-182 pulling out last minute in 2018.

The Academy Is… – “Checkmarks”

Emo hearts everywhere shattered in 2011 when the Academy Is… announced they were disbanding shortly after the departure of drummer Andy Mrotek and guitarist Michael Guy Chislett. Four years later, the Chicago act celebrated the 10-year anniversary of their landmark album Almost Here in the only fitting way possible: reuniting at Riot Fest. Mrotek rejoined founding members—frontman William Beckett, bassist Adam “Sisky” Siska, guitarist Mike Carden—and fill-in guitarist Ian Crawford (formerly of fellow Fueled By Ramen act the Cab). In the middle of Douglas Park, the band played through all of their debut full-length (and some other standouts) before announcing a full (and so far final) anniversary tour for that winter. 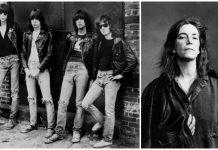