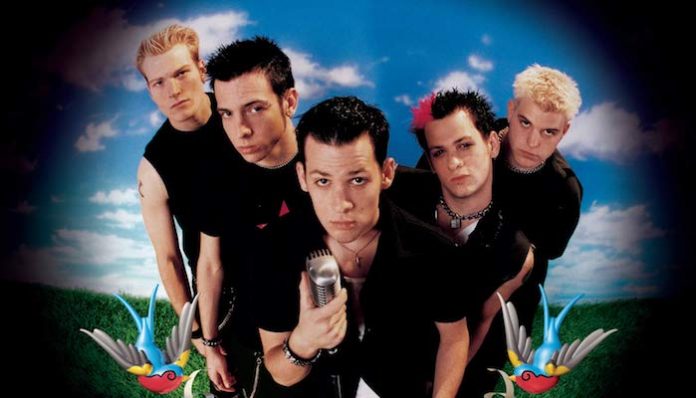 It’s the most wonderful time of the year! No, not the time when you get a bunch of candy just for putting on a costume or the time when you get a bunch of presents from relatives who otherwise never communicate with you. It’s time for Thanksgiving, the one day of the year when, hopefully, we can all gather with friends and loved ones, set aside our egos and desire to be cool all the time, and just be honest about how much those folks mean to us. Consider these 10 songs talking points.

Read more: 19 stellar gifts for the musician in your life

The Madden brothers use this Good Charlotte track to give thanks to their mother, a single mom who did the job of both parents. Pulling memories from their childhood and thinking back on the good times, the lyrics “I’ll always thank you/I’ll always love you/Forever and ever” convey everything that needs to be said.

The Damned – “Thanks For The Night”

While it’s not probably considered very punk to be thankful, legendary U.K. punks the Damned found a workaround when they wrote “Thanks For The Night” in 1984. It’s a “thank you” note to their local scene, from namechecking their friends (“Old Bill and Ben will be there”) to insulting those poseurs who didn’t show up to the show (“Join us or be a fool”).

Off The White Album, “Thank God For Girls” lists all of the reasons to be thankful for women. While the basic storyline focuses on a crush on “the girl in the pastry shop,” Weezer‘s just thankful to have a girl to think about, even though she’s just trying to do her job.

The greatest thing about Decendents’ “Thank You” is how there are probably a billion bands who could’ve written the same song about them. The track is a simple, direct acknowledgment of the music that shaped them, with frontman Milo Aukerman perfectly intoning, “Did you know you’re why I go/And waste my time at a rock and roll show?/You let me know I’m not alone.” Band-on-band hugs commence!

At this point, we all know Pete Wentz can be a little dramatic sometimes. So it’s actually surprising that in this 2007 Fall Out Boy single, he actually took minimal shots at an ex, instead writing, “One night and one more time/Thanks for the memories/Even though they weren’t so great.”

Reggie And The Full Effect – “Thanx For Stayin”

James Dewees has always been a hopeless romantic, so it’s no surprise he wrote this love song to make sure his special ladyfriend knew that he will always support her because she’s always supported him: “I won’t give up on you/You know that’s what I’m sayin’/Tell me you know it’s true/Thank you for always stayin’.” Of course, Dewees wrote another song called “Thanks For The Misery” a few Reggie albums later, so maybe it didn’t work out…

The Starting Line – “Thanks, You’re The Best”

When most pop-punk bands write songs about their ex-girlfriends, they’re usually a tad bit negative. Not so for the perpetually posi Kenny Vasoli. He admits his faults and pleads his case for wanting her back in this the Starting Line track, but if she’s not interested, that’s cool, too: “Since we’re on good terms/Thanks for everything.” If only more relationships could end so respectfully!

The Stereo – “Dear Fans Of The Stereo”

The first track on the Stereo’s third and final album is a peppy, low-fi, 37-second number where frontman Jamie Woolford straight-up thanks his fans profusely saying, “I can’t go on thinking it’s all because of me/These crazy things I get to do/It’s all because of you.” Pop rock has never been more polite.

Hardcore punk band 7 Seconds give their thanks to music and their band on “Say My Thanks.” The lyrics “This band helped me get though all the bullshit/Without music would I be around?” along with the repetitive chorus will make you thankful for a new song stuck in your head.

The Wonder Years – “Hey Thanks”

Primarily known as one of the few songs in AP’s universe that both features ukulele and doesn’t suck, “Hey Thanks” is also a great example of the Wonder Years frontman Dan Campbell’s knack to accurately describe a strong relationship, warts and all. “And you think I’m angry/But I think you’re sad/We know it’s not so bad here living the life we have/So hey, thanks.”