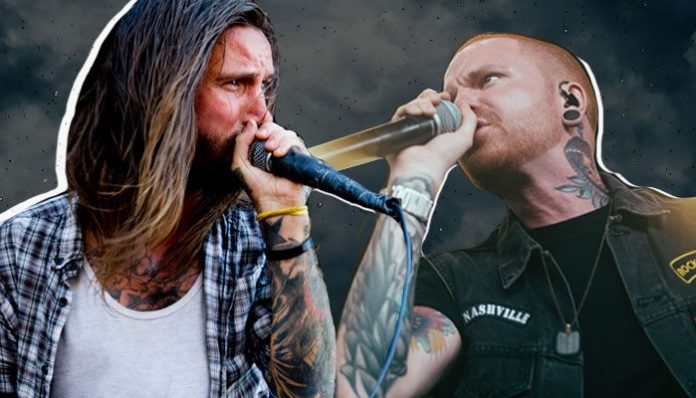 Hardcore bands mixing elements of rock ’n’ roll is an interesting take for the genre, but it’s clearly working for many of them as evidenced through the Southern hardcore scene.

No, these bands don’t all hail from the Southern states, but by bringing in the slick and gritty elements of these rock acts, they’re injecting a different sense of attitude into hardcore. From bluesy slide riffs mixed with heavy-as-hell breakdowns to cowbells and a rock-oriented vocal delivery, these bands helped bring a different type of edge to the genre.

Grab your favorite bottle of whiskey and flannel shirt and take a look below for 10 of the best Southern hardcore bands around.

Maylene And The Sons Of Disaster

Maylene And The Sons Of Disaster arguably do the best job of mixing Southern rock with hardcore in the most definitive way possible. Listening to songs such as “Step Up (I’m On It)” or “Listen Close,” it’s undeniable they bring a deep influence from the greats of Southern rock, but they also bring in a tight and heavy hardcore energy setting them far away from being just another rock band.

Cancer Bats bring a different kind of Southern energy with their loose and wild hardcore-punk vibes. The Southern Ontario band are heavily influenced by Every Time I Die and Propagandhi, which is evident from their mix of straight-to-the-point punk bangers with bluesy hardcore riffs and sludgy Sabbath-styled tones.

He Is Legend blend a wide variety of rock genres with their brand of metalcore, from Southern rock to psych and sludge, offering up an interesting package for hardcore fans. The band bring a gritty and loose playing style while digging into heavy riffs with a twangy tinge tapped on for good measure.

Every Time I Die are arguably the godfathers of Southern hardcore. The band’s early releases leaned more into their mathcore and straight-forward metalcore tendencies, but as they’ve progressed throughout their career, they’ve found a happy middle ground between chaotic metalcore tracks and rock-leaning punk bangers. If you’re looking to see the band at their most Southern rock levels, The Big Dirty is a solid place to start, but digging through their discography, you’ll find this across nearly every release.

The Holly Springs Disaster came up in the 2000s metalcore boom, but their penchant for sliding between hard-hitting breakdowns and gritty rock riffs set them apart. The Saskatchewan band may have called it a day a decade ago (with select reunion shows in 2014), but they’ll live on as a solid contributor to advancing the connection between hardcore and rock.

The Ongoing Concept bring a chaotic approach to writing hardcore through off-kilter beats and rhythms, but their strange choices in terms of introducing Southern elements are truly one of a kind. Listening back to tracks such as “Saloon” or “Cover Girl,” it’s evident they’re up to something unique by blending banjos and honky-tonk pianos with harsh breakdowns that would be suited for both mosh pits and riding a horse through the Wild West.

While their sound has moved away from their Southern rock influences considerably over the course of their career, Memphis May Fire’s debut record is undeniably influenced by the genre. Their mix of melodic singing, guttural screams and metalcore meltdowns received a heavy dose of rock energy with loose and gritty guitar riffs clearly drawing inspiration from Southern rock bands.

Feed The Rhino blazed a trail of sleazy Southern hardcore riffs up until their unfortunate breakup last year, but their blend of rock with heavy songwriting was remarkable. Their sound felt close to what Every Time I Die achieved but with a more metalcore-oriented approach. They still dig deep into gravely rock riffs for a tight-knit package deserving of more attention than it received.

Once Nothing are a self-described “blue-collar metal” band, and it’s evident in everything they do, from their lyrics, vocal delivery and general vibe. They clearly earned their status as a hardcore act from the pummeling breakdowns and screams across their discography, but rock riffs on tracks such as “Whiskey Breath” or “Gunfire Is The Sound Of Freedom” show they’re unafraid to embrace their love for beer-soaked rock sounds.

Wilson lean more into rock ’n’ roll than other Southern hardcore bands, but they still draw a heavy tone and songwriting approach through kicked-up punk energy. Sure, they’ve lost many of their hardcore elements as time’s gone on, but one listen to their debut record, Full Blast Fuckery, will make it clear they’re more than capable of crafting aggressive hardcore punk similar to the Bronx with a hefty Southern rock influence injected throughout.