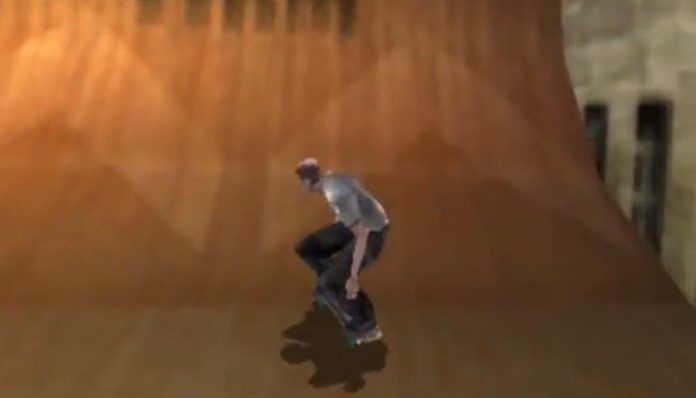 A great soundtrack can turn a decent video game into a classic. While most soundtracks are given to game sound designers, well-known artists have made their mark on game soundtracks over the years. Here’s 11 of the best.

Read more: My Chemical Romance might be reuniting, according to Jonas Brothers

Aside from being a kick-ass game that provided the uncoordinated a way to kickflip and grind rails, the Tony Hawk games offered many kids an intro to punk. The video game showcased bands such as Goldfinger, as well as including Rage Against The Machine, the Offspring and Bad Religion in later titles. The first title set a strict precedent for sequel soundtracks, and they definitely followed up on it.

Usually known for its choir-like introduction, the second installment of the Halo series featured Breaking Benjamin as one of the many alien-blasting anthems. A little more upbeat than accustomed, but it makes for a great addition to a legendary video game title.

Adding a few tracks to Call Of Duty: Black Ops II just wasn’t enough for Avenged Sevenfold. The band also contributed a few Easter eggs and one cringe-worthy animated music video that you can see after finishing the campaign, with game characters rocking out to a Sevenfold set.

One of the largest and most critically acclaimed video game series has also always brought great music to the table. Featuring a completely stacked library, GTA nailed it by including a wide array of genres and bands, including names such as Wavves, Tyler, The Creator and FIDLAR, to name a few.

Even though the video game doesn’t feature any tracks from Nine Inch Nails, Quake’s dark, immersive soundtrack is hailed as some of Trent Reznor’s best work, setting him up for an Academy Award award for his sound design in The Social Network.

Yes, Queen has their own video game…sort of. The band provided the full soundtrack for the game (in classic MIDI style), providing a stellar backdrop while you save rock ’n’ roll from the all-seeing “eYe.”

Doom is the only video game entry on this list without an established musical artist attached to it, but the soundtrack could be the strongest out of all 11. The fact that the music is all in MIDI form makes the catchiness and quality all the more impressive. Above all else, this soundtrack is just downright metal.

What’s the perfect song to end a thrilling survival horror video game? Bowie, of course! David Bowie’s “Space Oddity” plays ominously over the credits after completing Alan Wake, with appearances from Depeche Mode and Roy Orbison at other points as well. The stellar music choices may have lead to the game’s demise, though, as it was pulled off shelves for a period of time following the expiration of their music licenses.

The third installment of the open-world shooter only featured a three-song soundtrack, but Diplo and Skrillex made a strong showing for the small amount of music featured in-game. Overall, nothing beats burning down pot fields during a Skrillex drop.

Brütal Legend takes place in a rock ’n’ roll dystopia with a soundtrack that matches the vibe completely. An extensive list of rock icons including Motörhead, Marilyn Manson and Ozzy Osbourne (who also voices a character in-game) sets the stage for a headbanging good time. Plus, Jack Black voices the video game protagonist while sharing some Tenacious D tracks, which is reason enough to give it a try.

The annual NFL video game franchise always features some of the biggest names in music, making for strong soundtracks year after year. With pop punk and other rock genres hitting the mainstream in the early 2000s, the 2004 edition of Madden lead to featured bands such as blink-182, Yellowcard, Alien Ant Farm, Avenged Sevenfold and Jet, making for a strong lineup.