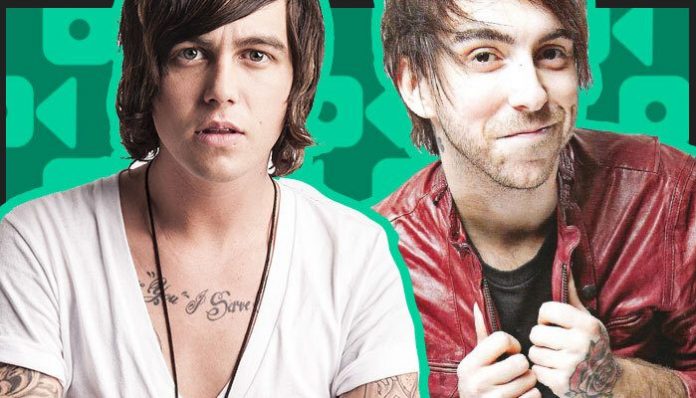 Many of you know the tragic story about the death of Vine. One day it was here, and the next day it was gone forever in 2017. Comedy lovers around the world feared there would be no more videos to join the ranks of “Hi, welcome to Chili’s” or “Look at all those chickens.” Other apps tried to replicate the social media platform, including Byte. However, most of us are aware that the current giant in short-clip streaming is TikTok.

While there are many amazing musicians on TikTok, it’s OK to miss the goofy entertainment videos shared by the likes of our beloved rockers. Here are just 10 videos and Vine compilations from our favorite artists that still exist on the internet today.

Panic! At The Disco frontman Brendon Urie gained a massive following beyond his music due to his funny, energetic video clips. He had a recurring segment called “Positive hardcore Thursday” where he gutturally screamed happy affirmations to himself and his viewers. He also frequently shared videos of his cute dogs, his wife, Sarah, and his bandmates. Even though Vine is dead, Panic! are very much alive on TikTok and Twitch.

Enter Shikari vocalist Rou Reynolds is known for his strong political beliefs and down-to-earth goofiness, both onstage and in his videos. The singer made hilarious Vines, often with no words at all, including one where he tries to scrub the cracks out of the floor. With his sense of humor and his singing voice, you may just get one of his made-up songs stuck in your head.

Ryan Ross (Panic! At The Disco, the Young Veins) is your go-to scene king for cat-related Vines. The internet never let these cute, quirky videos get deleted.

Sleeping With Sirens’ Kellin Quinn can definitely hit some very high notes during performances, but based on this saved Vine, he can also call chickens. He’s a man of many talents.

All Time Low’s Alex Gaskarth always had fun on Vine with several of his musical friends, including his bandmates and producer John Feldmann. While Gaskarth and Jack Barakat dominate the All Time Low TikTok with hilarious clips, we’re willing to bet the singer would probably have a whole TikTok page dedicated to his goats if he had a personal account.

Former Falling In Reverse member and current iDKHOW drummer Ryan Seaman rocked a very different hairstyle in his Vine days compared to the blue locks we know today. He shared goofy videos with friends and fellow musicians and even took clips of a letlive. concert he attended. Like Ross, Seaman also has delightful animal content.

Both Tyler Joseph and Josh Dun of twenty one pilots had their own Vine accounts. To no one’s surprise, their videos often featured each other. In one clip, Joseph is holding his wife, Jenna, in one hand and Dun in the other. Classic emo bromance.

Every Time I Die frontman Keith Buckley may have deep and poetic lyrics, but his Vines were lighthearted and hilarious. He shared this video of his late bulldog on Twitter. His Vine account still exists online with videos such as this one where Buckley is way off on a Wheel Of Fortune answer and this Vine of his dog doing something “unacceptable.” Several of his clips are archived here.

Former Panic! At The Disco bassist and current iDKHOW frontman Dallon Weekes shared several funny clips throughout his Vine days. He brought a goofy, Jim Carrey-like energy to his videos while addressing Panic! memes such as “Brallon” and sharing dad jokes. Overall, this was the wholesome content we needed.

Who was your favorite creator to watch on Vine? Let us know in the comments below!