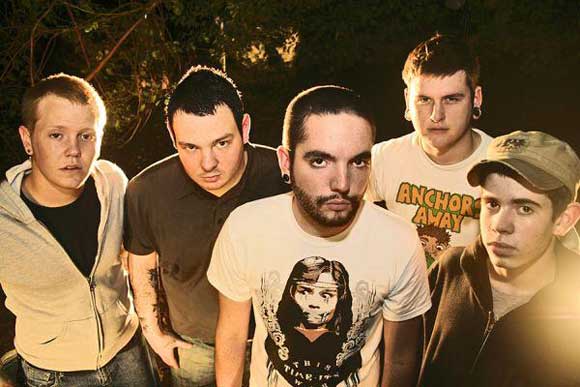 2018 marks an epic year for the scene: Highly anticipated records, the last nationwide Vans Warped Tour and monumental anniversary shows, including A Day To Remember, who recently announced their 15-year anniversary tour with support from Papa Roach, Falling In Reverse and the Devil Wears Prada.

READ MORE: Our Most Anticipated heavy releases of 2018

Here are some of our favorite moments in the last 15 years that make A Day To Remember’s influence over the scene permanent—giving us more than a day, but a decade-and-a-half to remember.

When ADTR gaves us a tour of their hometown: Ocala, Florida

In 2015, ADTR debuted a retrospective music video for “City Of Ocala,” where they gave viewers a tour of their hometown. In the video, the band showed fans their first practice spaces, the shitty part-time jobs they had and where most of their first albums were written.

When Kelly Clarkson covered one of their first hits

Or was it the other way around? Just kidding, but the “Since U Been Gone” music video certainly brought in a large crowd of listeners for A Day To Remember. We also have to give them props for the acting, as they did a pretty spot-on reenactment of Kelly Clarkson’s version back in their For Those Who Have Heart days. Two years later, the boys successfully covered another radio hit and were featured on Fearless Records’ Punk Goes Pop, Vol. 2 with their cover of the Fray’s “Over My Head (Cable Car).”

When “The Downfall Of Us All” bridged the gap between pop punk and metalcore, giving birth to pop-core

The intro gang vocals are instantly recognizable as the opener for any ADTR show to this day. The heavy djent-focused intro that goes into a poppy verse blew minds when it captured the attention of fans all around the world.

When the band plays an epic game of kickball against youths

The music video for “I’m Made Of Wax, Larry, What Are You Made Of?” consisted of the five members of the band playing a serious kickball game against a group of youngsters… and kicking their ass. (There’s a sick Night At The Museum reference, too.) The song title is what Robin Williams’ character, a wax figurine of Theodore Roosevelt, says to Ben Stiller’s character.

When all we wanted were cameos, and “All I Want” had all the cameos

Seriously, what a sick collab. This truly shines a light on the camaraderie in the music community. Members of Sleeping With Sirens, Bring Me The Horizon, Silverstein, MxPx, Trivium, August Burns Red, Parkway Drive and many more join forces on this punk medley.

When Jeremy bargains on the History Network’s Pawn Stars

So a Jeremy walks into the shop, and these huge dudes who run the business don’t freak out like teenage fangirls? All right, we’re not that surprised. Although it seemed like no one had a clue who he was (nor was his identity ever acknowledged), he did manage to haggle $2,500 for an old, four-string Martin guitar.

When the guys went back to high school

How unoriginal, you say? Indeed, we’ve certainly seen the high school-setting music video dozens of times. But at this point, it is more of a rite of passage for rock bands in the 21st century than a novel creative idea of cinematography. Either way, the boys nailed it, almost as well as My Chemical Romance’s “I’m Not Okay (I Promise)” and Simple Plan’s “I’m Just A Kid.”