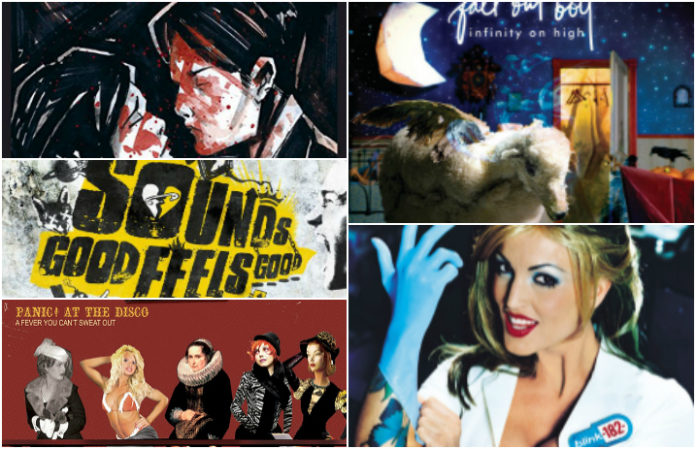 Is there anything better than clicking on your favorite record and letting it play through from start to finish? (To answer our own question: No, there’s nothing.) The mark of an album perfect for vinyl goes beyond incredible tunes: How many of your all-time faves have transitions from song to song, making the entire album feel like a cohesive musical experience? We know there are a bunch—thus, here are 10 of the best.

Fall Out Boy — Infinity On High

Is anyone ever going to be okay after hearing the spectacular of “Thriller” followed by the hiss-whisper of “let’s go!” to lead you into “The Take Over, The Break’s Over”? Uh, no!

A Day To Remember — Common Courtesy

If it wasn’t for modern-day shuffle technology, you might not even know “City Of Ocala” and “Right Back At It Again” were two separate songs. Extra bonus points for having studio banter link two later songs on the album.

The boys of My Chem may have forever marred the scene with the beautiful creation that is their breakout record. In addition to ruining us, they also have almost every song lead into another by either screechy guitar or Gerard Way’s dragged-out vocals.

A more subtle example, this entire album seems held together by one wavering guitar note. As for the best transition, it’s probably a tie between the change from “Aliens Exist” into “Going Away To College” versus “Adam’s Song” into “All The Small Things.”

Lovely, Little, Lonely proved that the Maine are producing some of the best music of their career. This record also has almost every song lead into the next, tied by three intermission-like tracks—conveniently named “Lovely,” “Little” and “Lonely.”