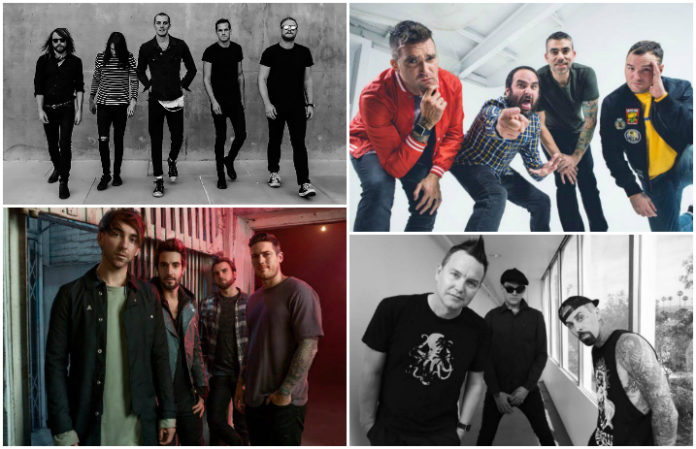 Covers are great, aren’t they? They give you a chance to hear what is most likely a massive tune, but slightly different; or in the case of this list: with a bit of a rough, rock edge. Granted, there are several—seven, to be precise—Punk Goes Pop volumes that have a nice spattering of classic covers, but what about those that aren’t immortalized on these endless releases?

Collected here are some of the very best. Some you may have heard, some you may not have heard, but either way they’re important takes on some classic tracks.

I See Stars — Hozier’s “Take Me To Church”

One of the greatest love songs ever written. Fact. I See Stars take this track and give it such a yearning makeover that it’s hard to not fall into a deep, heartbroken misery just by listening to it.

A Wilhelm Scream — The Outfield’s “Your Love”

You might not recognize the name straight away because there are about 10 thousand with this title, but the moment the vocals kick in, you’ll know it. Giving it an edge that is unbeaten, A Wilhelm barrel through, taking no prisoners — except your love.

Braid — The Smiths’ “There Is A Light That Never Goes Out”

How can the Smiths sound even more melodramatic? Add angst, and lots of it. A loose, emo-tastic take that shows why Braid are so bloody good at what they do.

Everyone knows this song, but not like this. Joyce Manor’s take on this ’80s behemoth is filled with their classic DIY, rough-and-ready sound.

Yes, this might be considered cheating slightly because Me First are pretty much a straight-up covers band, but after hearing “My Heart Will Go On” like this, you’ll understand why it’s on this list.

New Found Glory — Sixpence None The Richer’s “Kiss Me”

Now, we’re 99.9999 percent sure you know this cover. It might well be more well-known than the original, but what list would be complete without it?

A throwback to when Blink-182 were that scrappy little punk band, and Tom DeLonge hadn’t left (twice). Everything about this cover is what gave Blink their charm: It’s fast, it’s messy, and, most of all, it’s fun.

Pennywise bring a slightly more upbeat and faltering sound to this staple, as the track sounds like it could fall away with the emotion it picks up as it gathers speed, including a slight change in lyrics with “fuckin’ stand by me.” Punk AF.

The Dollyrots — Katrina & The Waves’ “Walking On Sunshine”

Only released this year, the Dollyrots’ take on this happy-go-lucky standard gives new meaning to its title. A furiously upbeat ripper, you won’t be able to go back to the original.

The Avalanche Diaries — Christina Aguilera’s “Genie In A Bottle”

Of course All Time Low nailed this one. It’s Rihanna’s monstrous breakout single that really was born to be a pop-punk song. Their pop-punk urgency fits right in with the glitz and glam the lyrics convey.

A picture-perfect cover of LEN’s one-hit wonder. The Maine somehow take one of the most recognizable songs of the ’90s and give it an injection of life that is so addictive you’ll find yourself on play No. 20 before realizing it’s repeated.

Quite possibly one of the best covers of all time. Shoutout for the change of lyrics from “Dead Head” to “Black Flag.” It’s a must-have for any end-of-summer playlist.