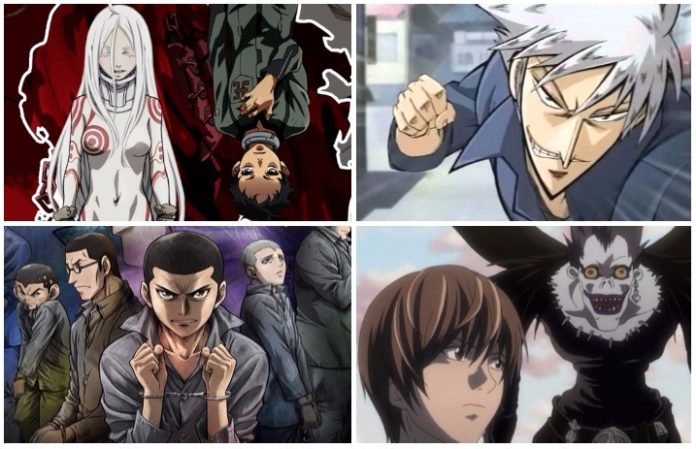 As anime becomes increasingly popular worldwide, attention needs to be paid not only to the shows themselves, but to their soundtracks. While there are plenty of wonderful anime theme songs of various genres, there is a notable metal presence. Unlike most domestic TV shows, the Japanese don’t shy away from screams, growls and rampaging guitar solos. Here is a countdown of 10 must-listen metal theme songs.

Read more: 11 songs to get you into metalcore

Deadman Wonderland is a kind of futuristic gladiator story wherein prison inmates fight to the death for Tokyo’s entertainment. Needless to say, they’ve got a brutal theme song to match.

9. Nobunagun’s “Respect For The Dead Man” by Pay Money To My Pain

This theme song is pretty straightforward, but it’s a good one, nonetheless. If you’re an Atreyu fan, this sound is relatively similar.

“909” has some hardcore beats, with riffing worthy of any metalhead.

7. Akagi’s “Silent This Side” by Animals

This theme song is a fusion of metal and ska that is equal parts heavy and fun. It harkens back to the gruff vocals of ’80s punk and metal.

6. Rainbow’s “We’re Not Alone” by Coldrain