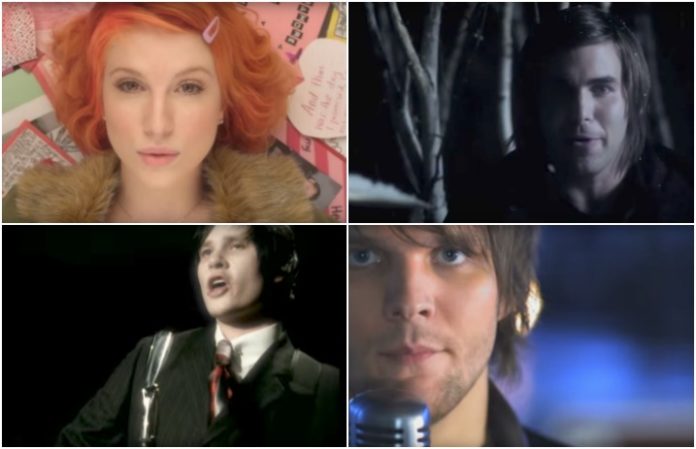 The ballad has become a staple of the 21st century pop-punk album, and given the genre’s penchant for heartbreak, it’s not hard to see why. Pick out any pop-punk record since the turn of the century, and you’re likely to find at least one example of acoustic guitar or piano-driven anguish. From recent gems to bona fide classics, here are 12 of our favorites.

They might be best known for combining pop punk with crushing metalcore, but on “If It Means A Lot To You,” Jeremy McKinnon and co. prove they’ve got a sensitive side. This one’s got everything you’d want from a pop-punk ballad: heartbreak? Yep. “La la la’s”? You betcha. Guest vocals from VERSA/Neaux’s Sierra Kay Kusterbeck? Well, that’s the icing on the cake.

The All-American Rejects – “It Ends Tonight”

There’s nothing like a good old-fashioned piano ballad to tug at the heartstrings. Tell you what, though, that video looks like an accident waiting to happen. Don’t play with fireworks, kids. Listen to some pop punk instead—it’s way more fun.

“Remembering Sunday” features some killer vocals from Juliet Simms, but what we really love about this song is that it features the best lyrics about eggs ever written: “They had breakfast together/But two eggs don’t last like the feeling of what he needs,” sings Alex Gaskarth. Is anyone else suddenly really hungry?

One of the highlights from As It Is’ debut album, Never Happy, Ever After, “My Oceans Were Lakes” is a poignant reminder that when it comes to songwriting, sometimes less is more. It’s a track that Patty Walters clearly holds dear: The As It Is frontman used the instrumentals from the song as the soundtrack to his vlogs a few years back.

Sorry, we’ll stop taking the piss out of Tom DeLonge’s unique vocals on this one. Seriously, though, “I Miss You” is by far the most famous song on this list, and with good reason. As great as the rest of the tracks here are, there’s nothing as iconic as this Blink-182 classic when it comes to pop-punk ballads, and there may never be again.

Boys Like Girls – “Two Is Better Than One” (feat. Taylor Swift)

Question: What did Taylor Swift do before she was a global superstar?
Answer: Do guest vocals on pop-punk ballads.

Yep, the “Shake It Off” icon dabbled in a bit of alternative music in her younger years, and makes a cameo on Boys Like Girls’ wetter-than-a-waterfall acoustic number, “Two Is Better Than One.” It’s not quite as emo as “Love Story,” but this is a song that hits you right in the feelz.