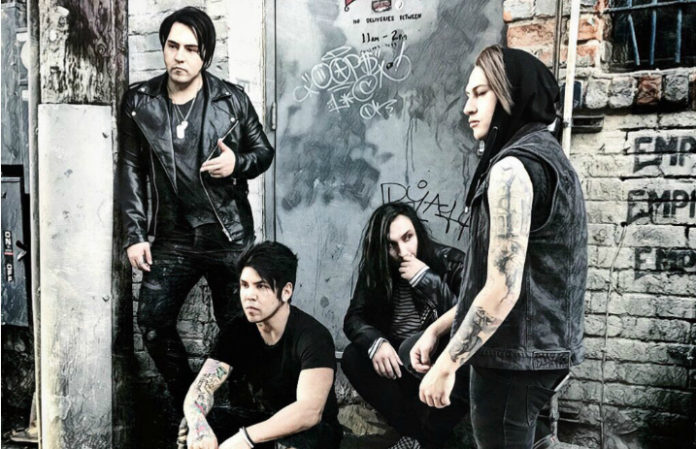 The track touches on what it takes to make your dream a reality and believing in yourself—even touching on Monte Money’s journey from Escape The Fate to where he is now with Beyond UnBroken.

“The song is about my journey through music: Growing up as a kid, wanting to be a musician, but people always tearing that dream down. [Wanting me] to just conform to society stuck at a job that you hate because your dreams can never be a reality,” Monte Money explains.

“In the song, I'm basically telling everyone I'm gonna do what I want, if you believe in me or not. Also, there’s a part in the song where I explain my journey from ETF to where I am now. How I'm always chasing my dreams and will never give up.”

Not to mention, this video is as much of a passion project for the band, too. They originally wanted to produce a live action video, but instead, the animated video helped truly make the song come to life.

“Monte and I really wanted a video that truly fit the essence of the song,” bassist Daimen Horrell says. “I then came up with concept art and worked with the director to fully get the vision Monte and myself had.”

Watch the music video for “Overdose” below:

The band will be releasing their new EP, Don't Wake The Dead, Sept. 1. It’s available for preorder here.

Plus, they’ll be headed on the Black Out The Sun tour with Artwork, and you can check out the full list of cities and dates below.

What are your thoughts on Beyond UnBroken’s new song? Let us know in the comments below!