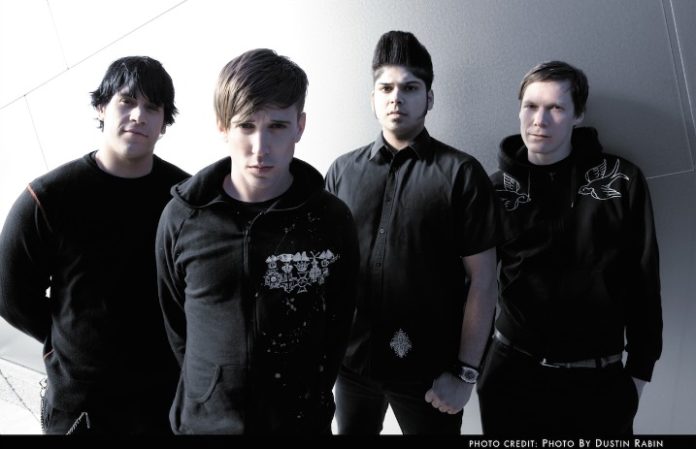 In 2003, Billy Talent broke through with their debut self-titled album, which would go on to be nominated for a Juno Award and spawn hits like “Try Honesty” and “River Below.” The follow-up, Billy Talent II, came three years later, and launched the band even higher, earning platinum status three times over in their native Canada. We recently caught up with the band’s frontman, Ben Kowalewicz, to reflect on how Billy Talent II came together, eating cake with Bryan Adams and what’s in store on their upcoming record, Afraid Of Heights.

We’re coming up on the 10-year anniversary of Billy Talent II. Can you remember what it was like when you went into the studio and the songwriting process began for that album?
They always say you have your whole life to write your first record and then a year to write your second, right? Once everything happened and the first record far exceeded any of our wildest dreams or expectations, the second record came around and Ian [D’Sa, guitar], who is the main songwriter of the band, stepped up his shit to the next level. I just remember him showing me the riff to “Devil In A Midnight Mass” and just being completely and absolutely blown away. The interesting thing that I loved about that record was that we actually pushed ourselves. Billy Talent II was the first time we expanded our horizons.

You’ve said you approached this record with less anger. Do you remember a sort of change in mood when it came to the band and the songwriting process?
It was just more refined, more focused. Our first record was just piss and vinegar, from the start to the end. Everything flies off the record and smacks you in the face. As a second record, we still wanted to encapsulate and keep that essence there but walk down the hall and make a left instead of just charging down the hall. So, we discovered different rooms in our house.

Gavin Brown helped produce this record—he did the first record, as well. How much of a role do you think he played in the production of Billy Talent II?
Gavin was instrumental in our development on the first record, and he had an amazing vision that we didn’t necessarily see at the time. He brought it out of us. When it came time to do the second record, then, it was logical to go with him. Gavin also had been really busy and was working with a lot of other bands around the same time. So, Ian ended up stepping in and getting a co-producing credit on the record. He ended up learning a lot from Gavin, and I think even he would admit that Gavin had a huge impact and left a big imprint on us to this day. His vision of where songs can go and what they should be… it made the songs become better, more powerful, I think.

Did you have a favorite memory when it comes to the making of the album?
We recorded the record in a place called the Warehouse in Vancouver, British Columbia, and it’s owned and operated by Bryan Adams. He’s not there, ever, because he’s a man of the world, but one time, I came out to this big, open kitchen, hangout area, and there’s Bryan Adams! I was like, “Holy fuck!” He was very polite, and it was his birthday that day, so he invited us to come sit and have some vegan cake with him. Then, he came into the studio and listened to some tunes and got his picture taken with us. He was such a gentleman.

The trailer for your upcoming album ends with this mantra: “New album for a new era.” What kind of new era is this?
I think this is a new era for the band. We’ve gone through a lot, we’ve endured a lot. About two years ago, we released a greatest hits thing. We put a couple new tunes on it, which we were really proud of. It was a seminal kind of moment for the band. Because all of a sudden, we stopped. Like, “Holy shit, we’ve done stuff.” We became very introspective. We sat and we talked and shared amazing stories, lots of laughs, lots of tears. But that was kind of like the end of a chapter. And I think that this new record is literally the beginning of a whole new book for us. We’re inspired now; we have a lot to say.