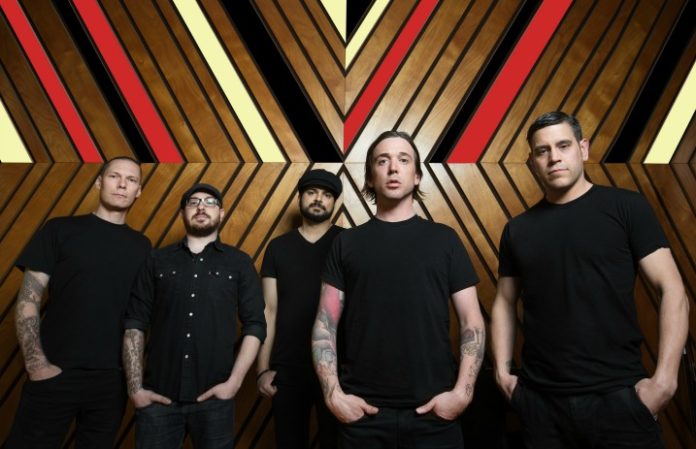 Canadian rockers Billy Talent have joined forces with Alternative Press to bring you the premiere of the first single of their upcoming album.

Afraid of Heights, the band's first studio album since 2012, is set for U.S. release July 29 via The End/Warner Records.

“This record is about struggle, both within ourselves and within the society we live,” Billy Talent said in an exclusive statement to AP. “It’s about asking questions. It’s about friendship and loyalty and it’s about choosing to not accept things that don’t apply to us. That don't represent us. It’s about believing in the person that’s reflected in the mirror and taking responsibility. It’s about the pressures that society creates and how we’re all trying to figure out where we fit in. It’s about following your dreams and knowing that when you get knocked down you have to get back up. It’s about listening to our planet and learning to respect her. It’s about love and loss and life… but more importantly it’s about the power of ROCK ’N' ROLL.”

The band posted the lyrics to the album's title track about a month ago in conjunction with a contest, and the time has finally come for fans to hear it.

“Afraid Of Heights” will be available to purchase on iTunes at midnight May 13, but you can stream it here first!  Head below to check it out, and be sure to let us know what you think in the comments!

Billy Talent recorded a video message to fans that you can watch here.

Since the release of their self-titled debut in 2003, Billy Talent sold nearly one million albums in Canada alone and nearly three million albums internationally. The band have seen multi-platinum certifications for their albums Billy Talent I and II and III and platinum status for the latest studio album Dead Silence.