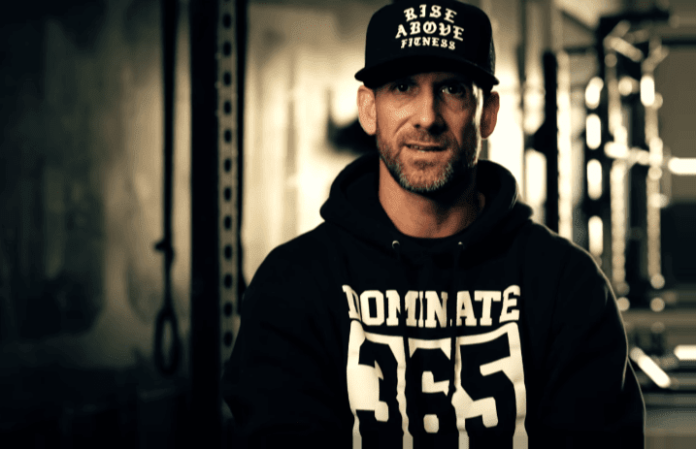 Brandan Schieppati, frontman for metalcore fulcrum Bleeding Through, is on a massive tear. On a recent episode of Jon’s Untitled Podcast while promoting the band’s new album Love Will Kill All (out tomorrow, May 25 via SharpTone), the singer set his psychic gun sights on bands like Bring Me The Horizon for their overtly perfect-sounding records and managers and labels who create identities for new bands by virtue of what’s selling.

In this exclusive video for AltPress, Schieppati further elaborated on the scene back in the mid-2000s, which he considers halcyon days for the genre. “I don’t think [metalcore] should’ve turned into this sort of taboo kind of term,” he says. “I think we could look at some definitive times when heavy music was coming up, it became almost OK in the mainstream to some extent. You look at those days of 2004-5-and-6. You look at Ozzfest: All those bands on the second stage that people were piling into those venues were all considered metalcore at the time. I think this music helped pioneer an acceptance of metal in the mainstream a little bit. I don’t think that was necessarily a bad thing.

“There was a certain time frame where, around 2010-2016, there was a trend where every [metalcore] record sounded exactly the same. Over-the- top production—I call it fantastical production—where you listen to a record and you go, ‘This is the biggest-sounding record I’ve ever heard in my life,’ and then you see the band play and it’s… [imitates fart noise].”

Schieppati cites Code Orange, Old Wounds and Knocked Loose as bands who are doing something new with the genre, while acknowledging the contributions of outfits such as Stick To Your Guns and Walls Of Jericho. “I think there is a new wave of metalcore, but in a certain extent, it feels like a dead scene. When bands like us started going away, nobody took that torch—everybody was too afraid. I guess nobody wanted to bear that burden of ‘OK, we’re gonna go with this, and we’re gonna run with it.’ That’s why you see a lot of these bands coming back. Because the scene isn’t being taken care of. If us coming back can help revive that spirit and revive that genre, then I’ll take on that responsibility, any day of the week.”

Check out Schieppati’s commentary and tell us what you think.