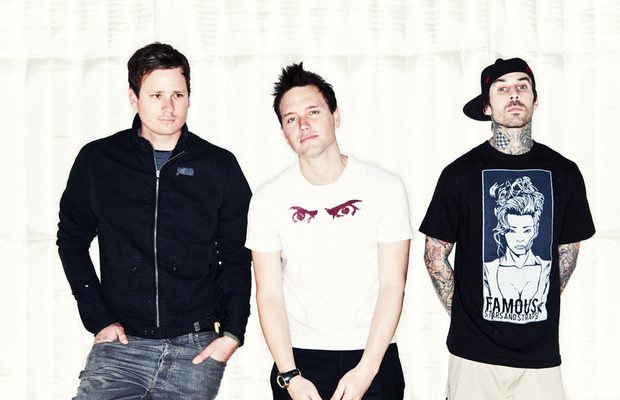 Even though the members of BLINK-182 are in their 30s with kids and a whole lot of business ventures filling up their days, they’ve all made the jump into new technology pretty seamlessly. All three members have Twitter accounts (add @trvsbrkr, @tomdelonge and @markhoppus, stat!), but none are more obsessive about updating than bassist/vocalist Mark Hoppus. He tweets about who he’s in the studio producing, how Blink band practice is going and even leaks out who will be on the cover of AP (well, presuming it’s his band–we’re still a little salty over your loose lips on that one, Mark!). “I love that Twitter gives me that opportunity for people who care,” Hoppus says. “We’ve always had a real strong connection with our fans, and we’ve always tried to be a transparent band. We don’t put up a false front. We are who we are, and we don’t act like people that we’re not. I like being able to communicate with people on that level.”

Hoppus also utilizes his blog, himynameismark.com, to keep people in the loop with exclusive photos and new-music recommendations, as well as Blink teasers. “I like being able to give people the updates of what’s going on,” he says. “If I can’t give away all the secrets, at least I can say, ‘We’re rehearsing today. Check out the picture of the three of us standing in the studio.’ As a fan of bands, I like that kind of stuff.”

Guitarist/vocalist Tom DeLonge stays equally as busy maintaining ModLife, a pay-per–you know, we’ll just let him explain it. “ModLife is an entertainment software platform that powers your business online, protects your art and lets you basically monetize it in all these different ways,” DeLonge says. “It’s making so much more revenue than bands made just selling records.”

With the site “starting to really explode” in terms of popularity and web traffic, one has to wonder how DeLonge can juggle all of his endeavors, but he seems nonplussed. “I’m shuffling up and down [between Los Angeles and San Diego], trying to do [ModLife] meetings and go back home and do those rehearsals with Blink. Then I race back down and jump into the studio with Angels [& Airwaves]. It’s really insane, but it’s a lot of fun.” —Scott Heisel