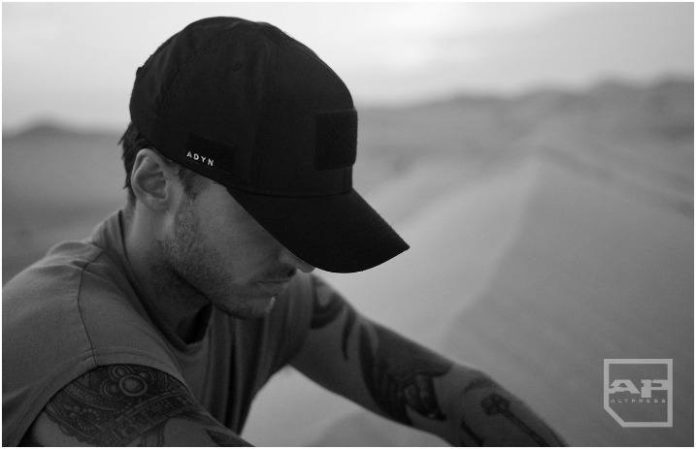 Bohnes, the solo vehicle for Alex DeLeon, former frontman for the Cab, combines stripped-down vocals with a love of rock and pop, citing influences as diverse as Johnny Cash, the Cranberries, Justin Timberlake and Frank Sinatra. One of the biggest non-musical factors  in DeLeon’s musical vistas, however, has been traveling the world.

READ MORE: Mark Hoppus’ story about his vacation in Iceland will give you chills

DeLeon needed to get back to his roots, discover himself and find a love for music again. He took every last penny he had to his name and started traveling. He had no specific destination in sight, but he would just jump on planes, trains, boats and go. He has taken photos or filmed video content for Bohnes in 65 countries and has shot everywhere from a funeral home to an abandoned theme park.

This week brought the announcement of Bohnes’ upcoming debut album, 206 – Act One, which will be the first release of a two-part series and is due out March 30.

Because travel and culture have been such a big part of his creative ventures, we asked him to share his stories and advice for people who may think they don’t have the means for such experiences. Below are words and images curated by DeLeon on why he spent his savings to see the world and how others may find inspiration from exploration:

Memories and experiences can never be taken away from you. Everything else can. Clothes will rip. Cars will rust. Material things that can be held in your hand are not magical. Magic is not tangible. It is felt through experiences and love. If one day I am poor and homeless on the streets, I will still have everything I’ve lived through.

Traveling opens your eyes and allows you to gain perspective. Your eyes and mind get used to the things you see every day, so you get caught living in a sense of redundancy. Redundancy doesn’t inspire. It doesn’t matter if you travel thousands of miles away to another country, fly to another state or get into your car and do a weekend trip to a neighboring city or region. The point is giving yourself something new, different and unique to your mind. Travel is meeting people who are different from you, seeing the world through a different lens and, most importantly, learning. It’s the best education, and it barely costs a thing.

Don’t be afraid to be alone. Life can be chaotic and loud. Find some space to remember what your own mind sounds like. Getting to know myself in places such as the desert outside of Abu Dhabi has inspired many pages of words.

Don’t care too much. It’s important not to overthink art. Live your life, feel the wind in your car and remember that no one became successful by sitting still or being careful.

I always write the best lyrics while on trains. I love zooming through different landscapes and being on ground level. When you’re in a plane, you don’t get to see too much life happening around you… and life is where inspiration lives.

Researching other cultures, religions and beliefs always makes me see the world in different lights and from different perspectives. This little black church in the Western Fjords of Iceland drew me in with its mystique.

Nothing inspires me more than watching other artists have the time of their life performing onstage. As artists, it’s always important to not only push one another, but to support one another, as well. This was taken in Tokyo at the 5 Seconds Of Summer concert.

Never forget to study the history of art. To know the past is to understand the future. The Louvre in Paris has some of the best art collections in the world and is such a humbling place to walk through.

Have fun. I write the best songs simply while I am having fun. You have to love what I do. I remember picking up my guitar and writing after this waterfall plunge on the north shore of Kauai, one of Hawaii’s many beautiful islands.

Get lost. Put down the maps and wander. You may learn a few things about yourself. This photograph was taken minutes after I stepped out of the catacombs in Paris and minutes after I came up with the name “Bohnes.” I had to be lost to be found.

Being home always brings the ink out of my pen. As crazy as it sounds, you don’t always have to be traveling to be inspired. Some of my  best new songs came from being at home where I was comfortable and living my life. I had stories to tell.

Traveling taught me to take risks. I write like I travel—with curiosity and humility. The more you travel, the bigger you realize the world is and the smaller you realize you are. I wrote in Antarctica recently when I realized how little of the world I had seen. I saw there were still parts of the planet humans haven’t ruined yet. This incredible place gave me hope.