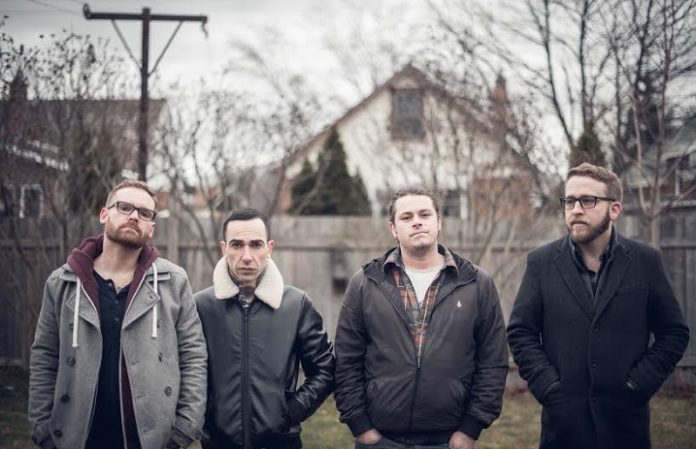 Canadian post-hardcore poster boys Boys Night Out will officially release their new EP, Black Dogs, on July 8 via Good Fight Music. The break's over—we're thrilled to premiere all six songs for you below. They're just as catchy and powerful as we remember them when they signed off almost a decade ago.

Black Dogs was engineered and mixed by Derek Hoffman (Seaway, Stick to Your Guns) at Fox Sounds in Toronto, and mastered by Alan Douches (Brand New, A Day To Remember) at West West Side.

Vocalist Connor Lovat-Fraser sums it up, saying “None of us really knew when or if this day would come, but I'm fairly goddamn sure that we all hoped it would. We may not be touring again any time soon, but it's pretty fucking rad to have the opportunity to write music together again.”

Guitarist Jeff Davis explains the concept behind the new EP: “The title Black Dogs is a metaphor for pain, addiction, depression. It follows a concept that those negative aspects of the psyche are separate from the individual, and are carried around as an external being or unwanted friend—a black dog.”

Good Fight label owner Carl Severson adds, “Boys Night Out were some of the most creative, passionate, and honest musicians I ever worked with. They just wanted to write and play and have fun, and they stopped when it didn't feel right anymore. I always respected that. They wrote this new EP, Black Dogs, because years later it felt right again, and I'm honored we're able to be a part of their music again.”