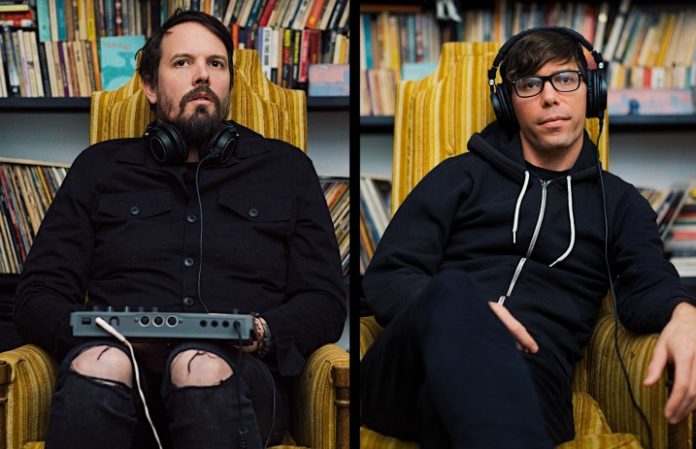 Braid guitarist and vocalist Chris Broach and the Firebird Band's Steve Znavor have teamed up to form Sunset. Today, they are exclusively premiering a track from their upcoming debut album Turn Out The Lights with AltPress.

Broach formed the Firebird Band in the '90s following one of Braid's breakups, and after some focus on the band Life at Sea, he and Znavor are embarking to their latest project: Sunset. The newest track, “Maybe We've Got It,” features what Broach describes as “cool animations” and a mix of people—including Braid vocalist Bob Nanna—to fulfill the song's purpose of pursuing what you love.

“When I wrote the lyrics to the song, I was thinking about life, passion and work. I was working at a job that was super high stress and I was feeling like I wasn't focusing on what was important. I was making good money but it was depressing and I felt like it was killing me,” he shares. “I was thinking about my family, my kids, my happiness, and I wanted to make sure that while my kids grow up they see that it's okay to follow passion and love rather than chase money. Money comes and goes but it does not buy happiness. I say this from the point of view of a person who was doing really well, and making a great living outside of music, but totally unhappy, totally dead, totally depressed, and devoid of any creative outlet in my life.”

He goes on to tell how “Maybe We've Got It” is essentially about being true to what you are passionate about.

“I wanted to think about how important it is to fight for what you believe in, to do what you love (in my case, music) whether you make a lot of money at it or not,” Broach says. “To be who you are no matter what others think. To live your life like you want to live it but to follow through on those things that you believe in. To try to be good at what you love and not take it for granted. To be the thing that you want to be no matter what. To let my kids know that they should follow dreams and hopes and never stop but that it takes work and perseverance and sweat.”

The album is full of songs that Steve [Znavor] and Broach wrote between 2010 through 2015.

“It's the culmination of years of working together on and off and it follows sort of a similar theme to what I speak about in the song: Following through on the things you really want to do,” he shares. We launched a Kickstarter for it, and got funded, but it took a long long time to get from being funded in 2015, to recording, mixing, mastering, finding a label and working with the people we needed to to make it come to life.”

The theme of the song is a recurring one on the new album, Broach says, and part of that is sobriety.

“For me, I quit drinking before recording vocals for this album, but I was already writing about those problems for years. When I got into the studio and needed lyrics for some of the newer songs, I just wrote about what I know; remembering not to drink, thinking about love and life and passion and happiness.”

Turn Out The Lights, set for release April 7 via Broken World Media, is available for pre-order here.

Make sure to check out the video and tour dates below!