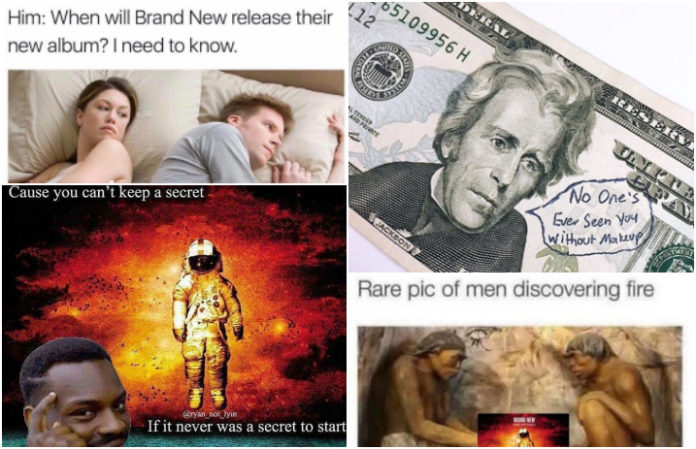 Today, it happened: Brand New finally announced pre-orders for their fifth album — an album fans have waited eight years for — and a tour.

How does brand new announce an album, preorders are $50, and they don't even release a song with it but here I am buying it anyways

And then in less than 30 minutes, it was sold out.

The artwork for Brand New's fifth album is quite something pic.twitter.com/Z4toQueJUb

me after seeing Brand New is FINALLY releasing a fifth album, but it's only available on vinyl for $45 and already sold out pic.twitter.com/IBV8oVAip7

So now we’re back to this:

As we wait, these Brand New memes should hold you over.

All of us, though:

Every Brand New fan after the band does literally ANYTHING: pic.twitter.com/NYoENA8Iv6

But Brand New are all about keeping secrets:

When this lyric reference is just too clever:

All too relatable (at least the wait is almost over!):