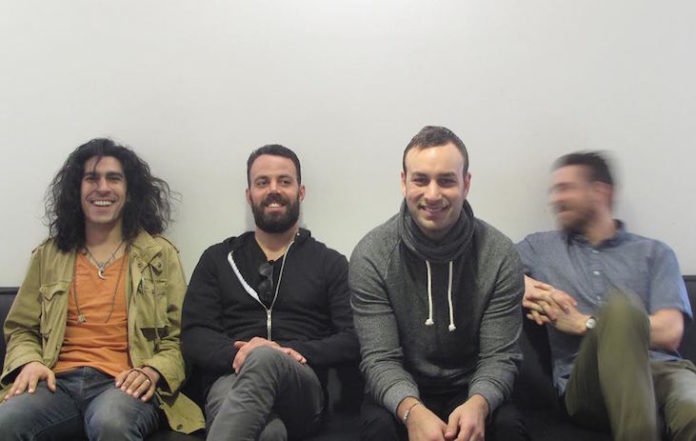 Well, here we are. Finally, after a year or so of speculation and rumor-milling, we have concrete evidence that Brand New are actually going to release a fifth LP. The as-of-yet untitled, mysterious album, which went up for preorder as a “very limited” vinyl release yesterday, has been the subject of many theories and speculation. Let’s take a look at exactly how long it took us to get here.

Upon the release of Daisy back in 2009, no one thought we’d have to wait this long for a full-length of new tunes to see the light of day, yet here we are. Speculations by a selection of the mainstream media that Daisy could be the last Brand New album were dismissed by the band, but for a while it certainly felt like that was coming true.

After much silence, and purported studio time which revealed nothing, a statement on their website referred to the band officially recording—though still giving us nothing concrete.

Back during  the release of The Devil And God Are Raging Inside Me, the band promised to send a printed lyric book to anyone who sent them a dollar. Those who received the book nearly a decade later noticed that it also came with a poster that referred to the release of some 2005 demos, along with a postcard that bore the words “RIP 2018.” With no one seemingly believing anything would manifest from this aged promise, it proved the lengths that Brand New would go to keep fans on their toes know no bounds — and that anything was possible.

The first of two stand-alone singles we’d receive. Originally debuted on April 8 at a show in Denver, Colorado as ‘Don’t Feel Anything’, ‘Mene’ was given a proper release allowing speculations kick up. With no real direction or future possibilities being made clear, the smoke and mirrors took over once again.

Before ripping into “Sowing Season (Yeah)” in Utah, Jesse speaks about the potential end for the band. A theme that was repeated throughout the tour.

During a speech on the last show of their 2015 tour, Jesse Lacey, after tearing up talking about his bandmates, said, “I’m gonna tell you right here and now this isn’t gonna last much longer.” He also referred to new music and live dates coming eventually: “The next time we play, we’ll have a new record for you. But this won’t last much longer. We can’t do this forever.” While they have played dates since, the end of Brand New has been a shadow over the future.