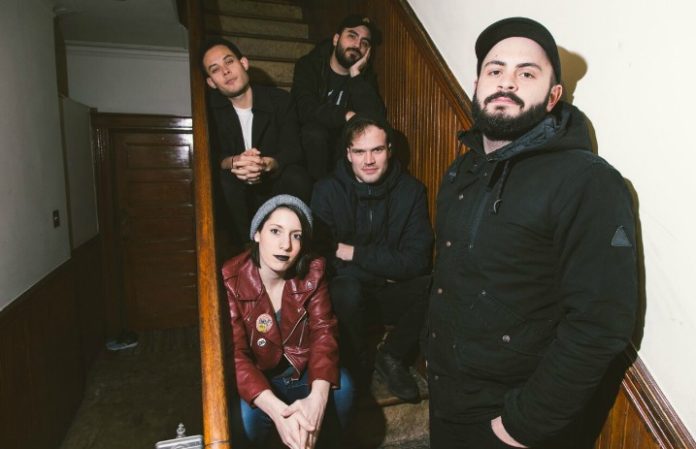 “This record feels like the beginning of our band. The first chapter and the reason why we started playing music. It's really the template to our future,” Can't Swim frontman Chris LoPorto says about their debut album, Fail You Again. “Writing and recording it all ourselves gave us so much insight to who we are and what kind of band we want to be.”

Fail You Again is officially releasing next Friday, March 10 via Pure Noise, but we have an early stream that you can check out below. It can still be pre ordered here.

Can't Swim are featured in AP 345, which you can pick up here.

In the new issue, LoPorto, formerly a drummer in punk bands, talks about the unexpected beginnings of Can't Swim, which saw him writing songs as therapy for a breakup and reconnecting with that same person three and a half years later.

“The drums are pretty different than most other instruments because they have no notes,” LoPorto says in the issue. “[When I first started writing songs], I was pretty unfamiliar with that stuff. I had no idea how many notes there were, no idea what chords and keys were. I remember always hearing it jamming in bands, but it was a foreign language to me.

“Some of the first demos were just blatant wrong notes, and the guys would say, 'You can hear that? It's like nails on a chalkboard.' I've done a lot of ear training to figure it out. I think I based a lot of the writing on rhythmic ideas: Instead of using a riff, it's putting a cool pattern in the chords.”

Can't Swim are about to head out with Set Your Goals and Four Year Strong on two separate tours.

“I think when writing a record, the most important thing to accomplish is to have everyone feel proud and a part of the project,” LoPorto continues about the new album. “We couldn't be more excited to release it and it was a pleasure to make. We hope everyone enjoys it as much as we enjoyed making it.”

And here's Fail You Again: