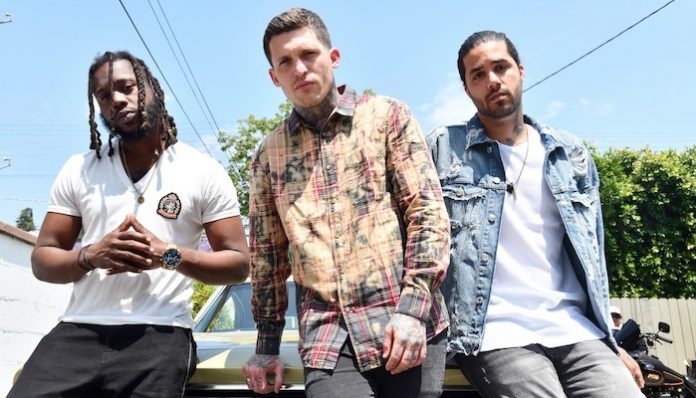 Sometimes there’s “No Cure” like a fresh start, and that notion rings especially true for Capture. With a new name and fresh sound, the band are teaming up with AP to share their latest single and music video.

Previously performing under Capture The Crown, the band are gaining momentum following their ceremonious return as Capture last year.

With a streamlined name and infectious new brand, the trio look to make a strong statement about division and religion with “No Cure.”

While carrying some clear anti-religion themes, frontman Jeff Wellfare says the track more so looks to eliminate separation and portray the conflicts that individuals struggle with.

“There was much debate on the topic, and it resonated with us. We strived to twist the ideology of these issues in a way that would open people’s minds to what is really important to them regardless of what race, religion, sex, etc.,” he explains. “‘No Cure’ may come across like a backhand to religion, but it is much deeper than that and can be perceived as a deeper reflection of everyone’s inner battles with what’s important to them.”

Wellfare has his own interpretation of the track, but in no means sees it as the only meaning. He hopes listeners can make their own opinions on what the words mean to them.

“We hope everyone can take something different away from the song,” he says. “For me personally, it’s about self-empowerment, inner demons and overcoming the obstacles in front of you.”

The band followed a similar theme for the corresponding visuals. In the music video, the trio fall in with a cultish compound after their van breaks down in the wilderness.

The members are portrayed as two sides of themselves. Bassist Erik Vaughn Weatherford compares their alter egos to the theme of inner struggle.

“It was very important to us to show the duality between self-empowerment and relying solely on one’s beliefs in difficult situations,” he says. “It’s such a fine line and a personal battle essentially within yourself with this other side of you.”

Check out the video for “No Cure” below.