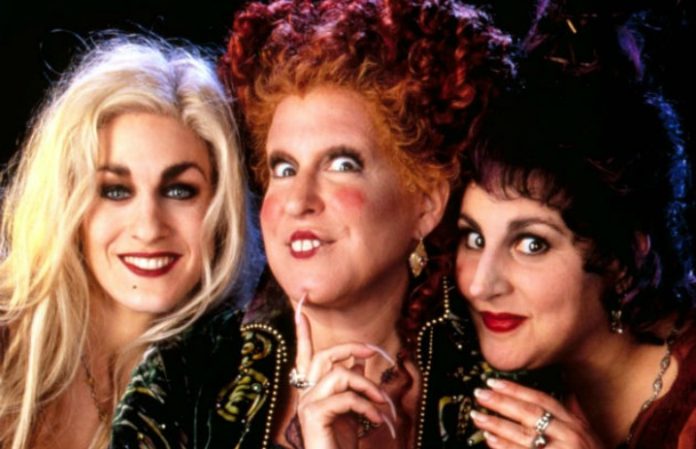 As we draw ever closer to Halloween, keep an eye out for bubbling cauldrons and troublesome broomstick riders. Be nice to their cats, though—they never hurt anyone.

Mrs. Doubtfire, The Nightmare Before Christmas, Jurassic Park… 1993 was an amazing year for movies, but arguably the greatest one to hit the big screen was the incomparable Hocus Pocus starring the unforgettable trio of Bette Midler, Kathy Najimy and Sarah Jessica Parker as the Sanderson sisters. We may need to wait another 300 years before we ever get another display of witchcraft like we did in this movie, but I don’t mind watching this on repeat until that day comes.

The Wizard Of Oz

Good, bad—this movie has them both. This movie came out long before #Team___ was a thing, but the debate over which witch was “good” and which witch was “wicked” still rages on. Glinda literally stole Elphaba’s sister’s shoes from her corpse and magicked them onto the feet of an innocent farmgirl before turning that farmgirl into the leader of a motley, yet highly effective crew of witch hunters. Say what you will about Glinda’s magnificent crown and devoted followers in Munchkinland, but the only truly evil thing the Wicked Witch of the West did in the beginning was threaten poor little Toto.

Monty Python And The Holy Grail

I’m sorry, but if you weigh as much as a duck then you’re a witch—them’s the rules according to Sir Bedevere the Wise, and who are we to argue with a man whose name implies that he’s the smartest person in King Arthur’s Court? They were a gathering of the greatest knights in the land, and any history/mythology buff can tell you just how virtuous and uncontroversial that lot was. Either way, we can’t risk innocent townsfolk turning into newts; enough of them already die to the plague, and healthy workers aren’t quite so easy to come by.

Harry Potter And The Prisoner of Azkaban

With eight movies to choose from, it’s only fair to single out the best one and roll with it. Back when this movie came out in 2004, Hermione, the brightest witch of her age, made audiences stand up and cheer when she sucker punched an entitled, self-serving, egomaniacal tool in front of his supporters. The shift from traditional school robes to street clothes marked one of the first noticeable shifts from the book’s aesthetics, but it was far from the most terrible one. (cough Harry never repaired his phoenix core wand before chucking the Elder Wand off a bridge cough.)

There aren’t many characters quite as unsettling as the villains in Studio Ghibli films. A lot of the credit needs to go to their animation team—the Witch Of The Waste is the perfect depiction of elegance and fury, and anyone who’s seen this movie can attest to the startling transformation she goes through as her world shifts and changes and faces unexpected complications. Her magic is strange and terrible, but more than anything it leaves behind a sense of unease and powerlessness, something perfectly captured throughout the movie by the artists in charge of depicting her on screen.