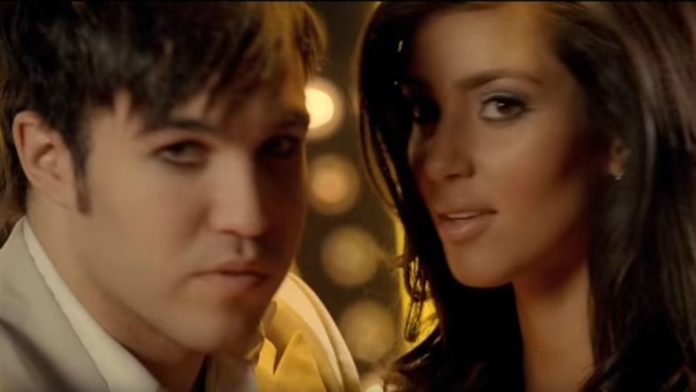 There are a lot of ways to make an engaging music video; they are mini-films, after all, simply scored to your favorite songs. One of the ways to ensure greatness is to surprise and delight your audience with an unexpected cameo—especially if the celebrity in question is not someone you’d immediately associate with the artist, genre or even the scene at large.

In the last two decades, this has happened a lot, and it’s almost always awesome. We’ve compiled the best 10 here. You’ll see what we mean.

One of the best things about Kim Kardashian is that, for many years, Fall Out Boy were her favorite band. She said it in interviews (there might even be a Keeping Up With The Kardashians episode about it, who knows). Eventually the news must’ve gotten back to the band, because they asked her to be in an official music video for the 2007 Infinity On High single “Thnks Fr Th Mmrs.” She even makes out with Pete Wentz. Wowza.

Not only is Gossip Girl rich-villain-we-love-to-hate Leighton Meester (Blair Waldorf on the show, for anyone keeping tabs) featured in Cobra Starship’s “Good Girls Go Bad” music video, but she sings on the track—and contrary to the title, she’s not bad!

Much of Good Charlotte’s early catalog was dedicated to the outcasts, to the kids who never had a date to no school dance—“Little Things” being the burning example. Justice is served when Mandy Moore starts expressing interest in the punks largely ignored by the status quo. Ahh, victory.

There’s certainly a trend with ’90s/’00s acts pulling TV starlets for their videos, eh? Gilmore Girls lead Alexis Bledel must’ve made a pit stop to pursue the ska lifestyle before heading off to Yale, starring in Less Than Jake’s “She’s Gonna Break Soon” vid. And break she does.

5. Flavor Flav in Taking Back Sunday’s “You’re So Last Summer”

This might seem like one of the weirdest marriages on this list, but there’s a really simple explanation: Taking Back Sunday are from Long Island (and boy, do they make it known!) and so is Flavor Flav. Keepin’ it L.I. strong!