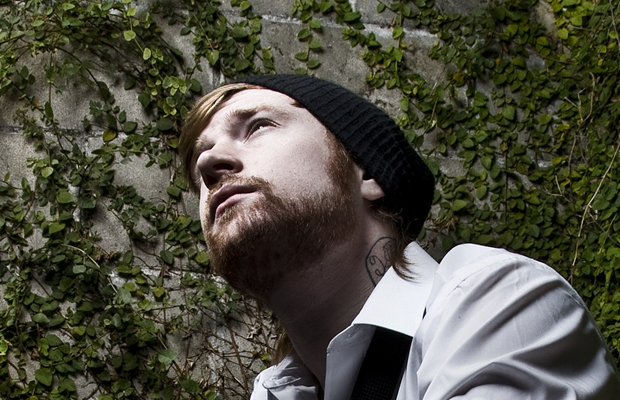 To say JONNY CRAIG has been busy would be an understatement. But that’s nothing new. Craig joined his first band, Ghost Man On Third, in his teens and later landed a spot with Dance Gavin Dance. After an acrimonious split with DGD, he quickly became the lead singer of post-hardcore group EMAROSA. And now, aside being a part of super-group ISLES AND GLACIERS, he’s just released his first solo album, A Dream Is A Question You Don’t Know How To Answer. Where does he get the inspiration to be so prolific? Craig spoke to LUCY ALBERS to offer some clues.

What are some of your earliest memories of music?
Well, to be completely honest, and this might sound a little gay, but frickin’ Michael Bolton. My mom used to listen to a lot of Michael Bolton when she’d clean the house or something. My mom worked all the time. My parents got divorced when I was young, so she wasn’t really home a lot. But when she was, she would clean a lot and put music on really loud. Other than that, Boyz II Men have always been an inspiration to me. I liked soul stuff and also a lot of Motown stuff that my mom used to listen to, like Aretha Franklin. A lot of it goes back to what my mom listened to. I guess you could say I never really got out of it.

What was the scene like where you grew up?
Non-existent, really. It was pretty small where I lived. I lived in Canada when I was young, right across the border. I never really got into the scene until I moved to the states during high school. I lived with my mom for a while and then I moved in with my dad. I think it was around ninth grade. There, the scene was pretty good. It was a lot of local bands kind of doing the same thing. I decided I’d kind of take my chances with it, so I tried out for some bands and failed. But, you know, life goes on.

How did you get in to making music?
Growing up with separated parents was hard. I just kind of needed something to do. And I just decided that music was pretty much my best choice because I loved singing and it was the only thing I could actually do and really enjoy. So I turned around and started to make music so I didn’t have to worry about my parents and going back and forth and all that drama. You know, that old-school shit.

Did you train at all as a vocalist when you were younger?
I’ve never had any training whatsoever. I’ve never even talked to anyone that knows about training. I just kind of picked it up; just the notes and everything. I don’t really know a lot about music, I just hear it in my head and it kind of comes out. I wanted to be like Boyz II Men. Obviously it didn’t really turn out the way I planned. [Laughs.]

What was your mindset like when you joined Ghost Man On Third?
That was basically my first real attempt at a band and I wasn’t really sure as to how I was supposed to do it. So when I sang, I kind of tried to make it sound like what the band wanted and it didn’t really work out because I couldn’t figure out what I was doing. Then I just let everything go and stopped worrying about what I was doing wrong. When I joined Dance Gavin Dance, I just let everything go and it turned out pretty well.

What kind of music are you listening to now?
I’m a big fan of everything. I listen to hip-hop a lot. But then again I love putting on, like, mewithoutYou and just chilling. Lyrically I really enjoy weirder stuff. I would probably say I don’t listen to a lot of music in my genre. I mean, sure I have CDs and stuff of them, but I don’t really play them all the time.

Jonny Craig wouldn’t be a musician without:


BOYZ II MEN: “Without them, I wouldn’t have really had the motivation to go out and start doing music.”
CRAIG DAVID: “Basically because I’ve been listening to him a lot lately.”
MEWITHOUTYOU: “They’re the kind of music that I can listen to every day and still like.” alt