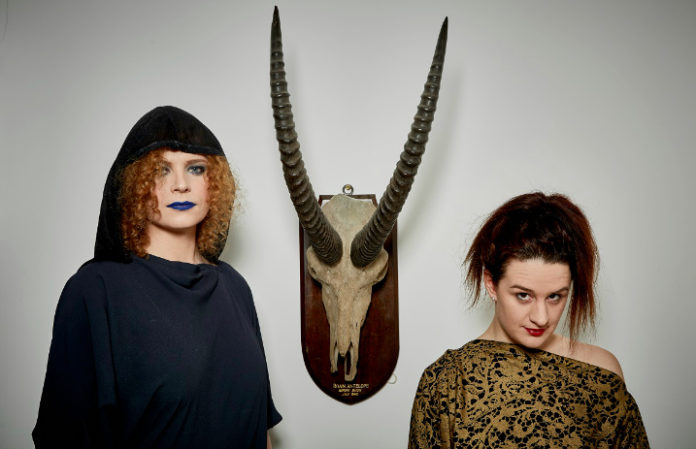 Self-labeled as a sister-doom duo (with the title coming from their previous single of the same name), CHAMBERS is comprised of vocalist and guitarist Aeris Houlihan and drummer Eleanor Churchill. The British pair cites a diverse range of influences, including Nirvana, the Pixies, Kendrick Lamar, the Smashing Pumpkins and Interpol, and many of these influences shine through on the dynamic new track.

“When I wrote the melody and opening lyrics, I was thinking of a dark version of Alice in Wonderland, a dark lullaby so to speak,” Houlihan tells AP about the new single. “The song has more than one meaning as it developed between the two of us whilst writing.”

“I wanted the drums to follow a constant punk beat,” Churchill adds. “So I based my playing on David Lovering's drumming in ‘Vamos’ by the Pixies. I wrote my portion of the lyrics in response to the Alice In Wonderland vibe that Aeris wanted, to feel like you're falling deeper into a pit of confusion, not knowing how you truly feel in a situation and rolling with an emotion because it feels right at the time, but eventually that emotion can leave you in a mess the more you hold on to it.”

Check out the new track and its artwork below:

CHAMBERS have plans to record a full EP later this year.

Be sure to catch CHAMBERS on tour this summer and fall:

What do you think of CHAMBERS' new track? Let us know in the comments below!