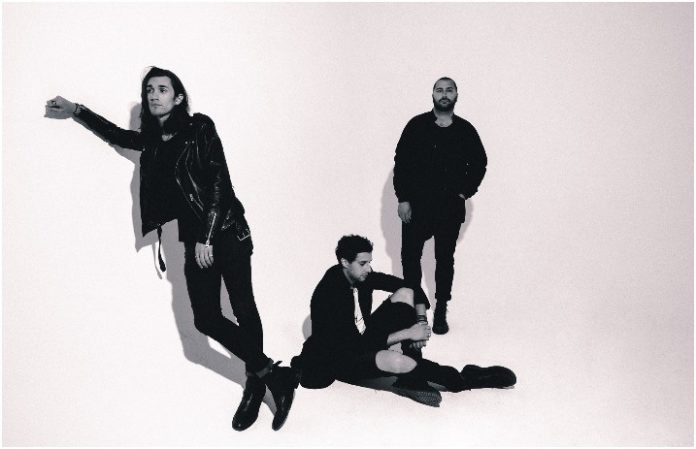 Charming Liars are getting ready to release their forthcoming album, and ahead of the album's release, the band are sharing a graphic new music video for their song “Like A Drug.”

“'Like A Drug' is about every failed escape that brings you that much closer to the thing you know you should be running from,” guitarist Karnig Manoukian says. “I think most people can relate to the feelings of a toxic relationship in some way or another. That’s what makes the theme of this song so universal.”

Manoukian continued on to say: “'Like A Drug' captures two things that humanity knows all too well: pain and love. In the pain of love lies the rites of passage that bring us all together.”

“Like A Drug,” which is filmed and directed by Phillip Lopez, is the first of a short trilogy called Spoon.

The other videos in the trilogy are “Time To Start,” serving as the trilogy's part two, and “Insomnia,” which serves as part three. (“Insomnia” has already been released, and you can watch it here.) The music video set is scheduled to appear in a few film festivals, including Sundance Film Festival, starting later this year and early into next year.

The music video portrays the dangers that can arise from drug abuse. This video contains graphic content related to these topics.

Watch the music video for “Like A Drug” below:

If you or anyone you know suffers from any of the issues featured in the video, please call the numbers listed below or at the end of the video.
Suicide hotline:
(800) 273-8255

Charming Liars are set to release their new album June 22.