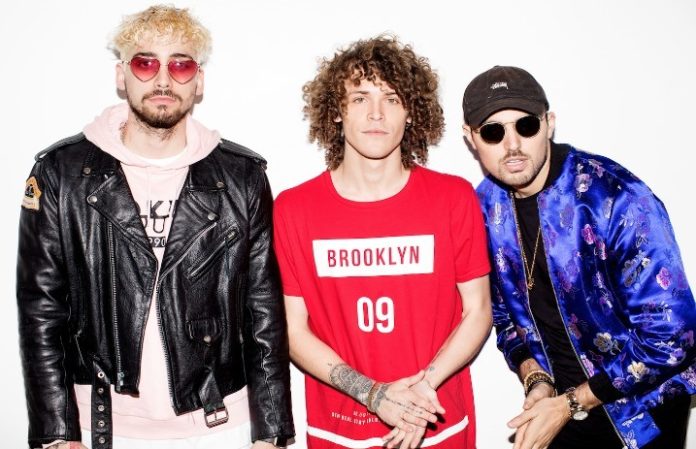 If the curly, brown-haired guy from Cheat Codes singing alongside Demi Lovato (“Na na / Promise me, no promises”) looks familiar to you here’s why:

#STREAMNOPROMISES contest is up & running. We’re trying to see you at one of our shows �� Head over to our site to enter ���� cheatcodesmusic.com

Before having a mainstream radio hit, Trevor Dahl, formerly known as dreamy, acoustic, indie-pop singer Plug In Stereo, graced the scene from 2010 to 2014.

As Plug In Stereo, Dahl toured the country opening for bands like Every Avenue, We Are The In Crowd, the Summer Set, Forever The Sickest Kids and the Ready Set, appeared on dates of the Vans Warped Tour, performed at Bamboozle Festival, co-wrote with Never Shout Never’s Christofer Drew and signed his first record deal with Triple Crown Records when he was just 17.

ANNOUNCEMENT: The LAST Plug In Stereo album will be released on Sep 2nd. Please read at www.pluginstereo.com

Dahl has since shed his indie-pop skin to dive into the world of electronic dance music with Cheat Codes, touring with the Chainsmokers, appearing on iHeart Radio’s national Jingle Ball circuit and soaring to the top of the charts with features from Demi Lovato and Fetty Wap, nbd.

Dahl and fellow Cheat Codes members Matthew Russell and Kevin Ford sing, write and produce and have made all of their tracks from Dahl’s bedroom recording studio. Songwriting has always been one of Dahl’s strong suits, and it’s worth noting that during the Plug In Stereo era he penned “Truly Madly Deeply” for boy band One Direction.

And who could forget his darling duet with Cady Groves?