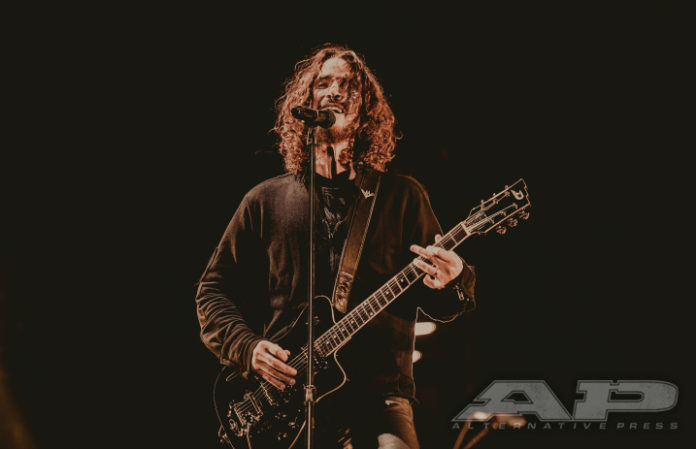 The music world is mourning the loss of Chris Cornell, Soundgarden and Audioslave frontman, who died Wednesday night at age 52.

Cornell formed Soundgarden in Seattle in 1984, and the band became one of the most influential during the ’90s grunge movement. See the way musicians are honoring the music legend below.

I love you, brother. Thank you for your friendship and your humor and your intellect and your singular and unmatched talent. It was a great honor to know you as a friend and as a band mate. I am devastated and deeply saddened that you are gone dear friend but your unbridled rock power, delicate haunting melodies and the memory of your smile are with us forever. Your beautiful voice and beautiful self will always be in my heart. God bless you and your family.

SO SO stunned to hear about Chris Cornell! Such a terrible and sad loss! Thinking of his family tonight! RIP

Chris Cornell’s death is so shocking & tragic. Soundgarden, his voice, the songs he wrote, a huge influence on my life. Total disbelief.

Rest easy, Chris Cornell. One of the best. Thank you for years and years of great music.

just saw chris cornell passed away, wow. i owe so much to him from what i’ve learned through audioslave, soundgarden, TOTD.
rest in power.

RIP Chris Cornell. Chris was the most influential singer to me as a writer. I just saw him perform days ago. Completely devastated

This album had a huge impact on me. RIP Chris Cornell. Thanks for your art. ❤️ https://t.co/R55fQS1p59

Rest In Peace Chris Cornell you were a legend.

Saddened to hear Chris Cornell has passed away. Toured with him he was always a gentlemen to be around. #RIP Grunge pioneer.

RIP. So young. So sad �� pic.twitter.com/61JjmdVFDC

In total shock that our friend, #ChrisCornell has died. Sending warm positive vibes and prayers to his family, friends and fans!

Shocking news. My thoughts are with his family and friends. Going to crank Badmotorfinger.