It’s officially the holiday season, which means it’s inevitable that when you’re in public places, you’re going to hear Christmas songs. The genre of holiday music is always highly contested as it seems like everyone has a strong opinion about it.

While the classic versions of songs such as “Jingle Bells” and “Have A Holly Jolly Christmas” are synonymous with the season, we can all agree that they’d be much improved if they were covered by some of our favorite scene bands.

1. “It’s The Most Wonderful Time Of The Year” – Panic! At The Disco

Panic! At The Disco would take this song and turn it into a full-blown production. In our dream Christmas CD, this would be the opening track as it’s huge and welcoming, which is also a pretty good way to describe frontman Brendon Urie. A P!ATD version of this track would undoubtedly be festive, but it also fits the band’s overall larger-than-life stage presence.

2. “Have Yourself A Merry Little Christmas” – My Chemical Romance

While My Chemical Romance are busy breaking the internet with their long-awaited comeback, they might as well treat us with another Christmas tune. Just like “All I Want For Christmas Is You,” the band could put a total punk-rock spin on this track that’s like a blank canvas. They could speed it up or keep it slow, and we’d probably love it either way.

YUNGBLUD could totally take on this sultry holiday tune and turn it into a gritty jam. He’d probably also release a shocking but completely fitting music video to go along with it, so it seems like an appropriate fit. Bonus points if he got Machine Gun Kelly to throw down a festive verse on it.

While we know “Yule Shoot Your Eye Out” is a scene classic, this track also seems like a perfect fit for Fall Out Boy. It’d be much improved with some killer guitar riffs and a little more attitude. The perfect gift this year would be to see Patrick Stump, Pete Wentz and the rest of the gang go hard to this song while wearing holiday sweaters and santa hats.

Even though blink-182’s Christmas song past is pretty vulgar, we think they’d be perfect for this sad-boy Christmas tune. It could stay true to the moody original but include some sick Travis Barker drum patterns to really bring it to life.

It’s pretty obvious that New Years Day’s favorite holiday is Halloween, but they’d be perfect to cover this unofficial rock ’n’ roll Christmas song. They could do a video that channels The Nightmare Before Christmas that would stay true to the festive and creepy vibes.

Now that Awsten Knight is sporting green hair, the band ought to do a Christmas song. This is a simple classic that any artist could really make their own, so Parx are definitely capable of putting their signature spin on it that would most likely become your new favorite track to listen to on Christmas morning.

8. “All I Want For Christmas Is You” – Paramore

This crowd-pleaser Christmas song is pretty iconic on its own, but we couldn’t think of anything better than a Paramore cover of it. It’d become our go-to Christmas jam when we’re forced to get in the holly jolly spirit, and we wouldn’t even complain.

This cover is mostly perfect because we know the video for it would be completely over the top. Melanie Martinez would probably have a set fit for a Disney film and rock some iconic elvish looks. Not to mention, she’d also nail the vocals on the song perfectly.

A Slipknot cover of this track might be so random, it works. The band could alter our idea of Christmas conventions by covering a kid-friendly song and claiming it for the maggots. It sounds crazy, but it’d definitely make driving to work in the snow a little more festive.

Which is your favorite Christmas song? Sound off in the comments below! 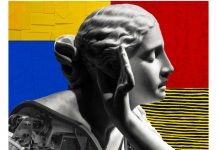