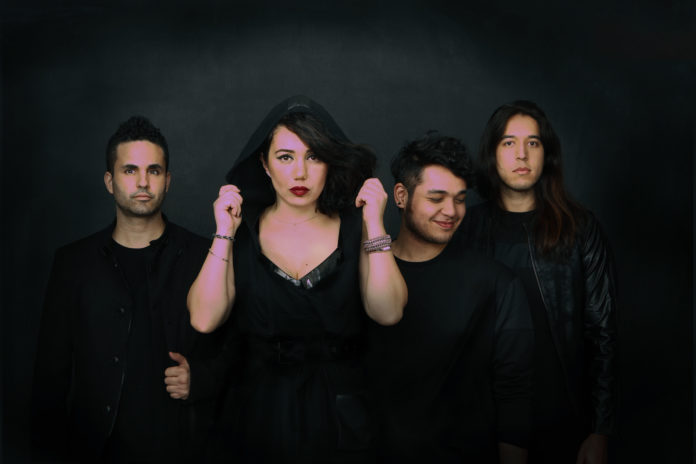 New York rock act Cilver is teaming up with AltPress to premiere “Headstone” off their upcoming LP. Not The End Of The World is due out April 29.

It's their first release since signing with the indie label Entertainment One Music last year. You can pre-order it here.

Vocalist Uliana shares the meaning behind the song:

Headstone talks about the sexual inequalities between men and women in our society. A man who has one night stands or objectifies women are revered.
A woman who would act similarly would confront the stigma of being called vulgar names and outcasted.
Why can't we turn the tables and look at the same issue the other way?
The lyric 'there is a whore in every man I had' sums it all up.
The song is exploring the very moment when she realizes that she has equal power over her choices.  That realization comes loaded with a long history of feeling abused and trophied.

Cilver is playing select tour dates with Halestorm and Lacuna Coil. Check out the dates here.

Listen to “Headstone” below, and be sure to let us know what you think in the comments!