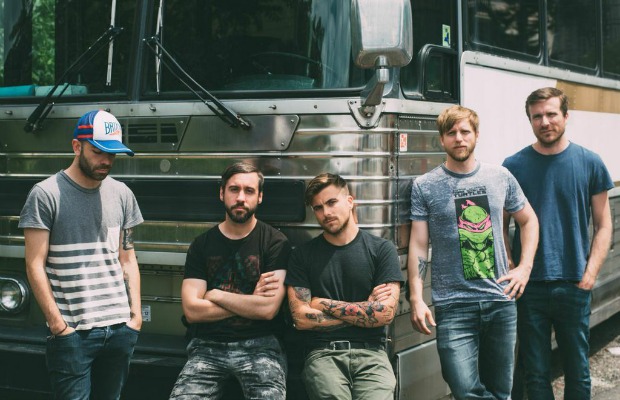 Robotic Empire is back at it again with the Nirvana jams! The label has announced their third Nirvana tribute LP to be released on Record Store Day, Doused In Mud, Soaked In Bleach, featuring Circa Survive's new cover of “Love Buzz.”  Check it out:

Vocalist Anthony Green and guitarist Brendan Ekstrom were both driving forces behind the tribute. See what they had to say about their cover in this Q&A:

Was it difficult to create a cover of a cover?

Ekstrom: No. It’s hard to explain but in my mind “Love Buzz” is a Nirvana song. It’s one of the first songs that I obsessed over when I was 14 years old and was learning to play guitar. At the time, I thought Nirvana wrote it. It just fit so well with the rest of the record. Their energy was so special that they could make any song they played sound like it was theirs. To me, “Man Who Sold The World” and “Where Did You Sleep Last Night” became Nirvana songs because they were the versions that were driven into my brain over and over as a teenager. I didn’t need to listen to the originals when the band who was making me believe in music had their own amazing version for me to listen to.

With the variety of tracks on “Bleach”, what made you choose to record “Love Buzz”?

Green: “Love Buzz” might have been the first Nirvana song I ever heard. It's simple but hits so hard. I remember listening to it and feeling like “I could do this” because of how accessible it felt.

How did Jon Simmons of Balance and Composure come into the picture as a collaborating artist?

Like both previous tribute LPs Robotic Empire has issued (2015's “Whatever Nevermind” and 2014's “In Utero: In Tribute”), the vinyl edition of “Doused In Mud, Soaked In Bleach” is being released in conjunction with Record Store Day, occurring  Saturday, April 16 this year.

The album also will be released digitally across all major platforms, with iTunes and Bandcamp preorders live now, including an immediate download of the Circa Survive track with all preorderers.