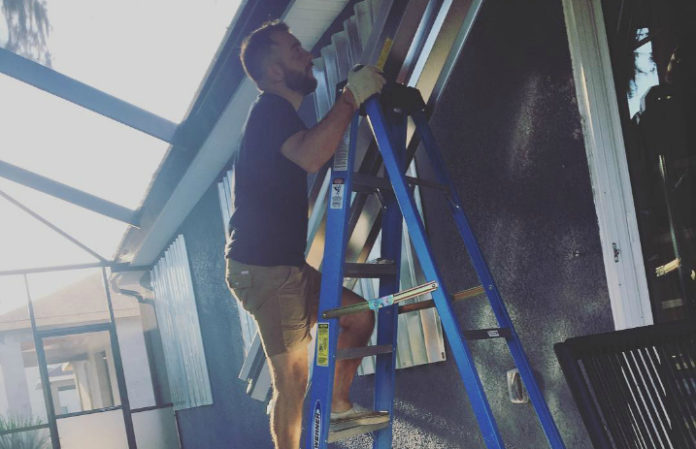 With the destruction caused by Hurricane Harvey still looming over everyone's heads, preparedness has been at the forefront of many Floridian's who appear to be in the direct path of the extremely powerful Hurricane Irma, including Coheed and Cambria's Zach Cooper.

Cooper lives south of St. Petersburg, Florida and began preparing his house on Tuesday (Sept. 5) for the upcoming Category 4 storm, including “stocking up on food, water” and “obsessively” making sure that both of his family's cars had gas.

“Whole aisles [at the grocery store] were empty,” he says. “There’s been long lines at the gas stations.”

Cooper's also installed hurricane shutters over the windows of his house, along with moving all of the furniture from his lanai into the garage. Hurricane force winds in the past have easily taken away furniture which could not only damage your own house, but possibly your neighbor’s houses as well.

However, for Cooper, this is a new challenge as the bassist has only lived in Florida for a little over four years.

“This is my first rodeo,” remarked Cooper.

The bassist is keeping his spirits up however as he has taken on different responsibilities over the last couple of days to prepare his house for the upcoming storm. Cooper remarked how he’s “doing a little bit at a time” which must help with stress. Hurricane Irma is currently projected to hit the St. Pete area early Monday morning with hurricane force winds, according to the National Oceanic and Atmospheric Administration.

Cooper cited timing when asked why he chose not to evacuate his home and possibly head up north.

“My wife was working all week and we didn’t know the track of the storm,” he says. “We considered driving up north, but gas stations up I-75 have been running out of fuel. The last thing we wanted was to be stuck in our car which is a lot more dangerous.”

We encourage everyone in the affected areas to follow any guidelines set by local authorities for weathering the storm. Please see the following list of links for hurricane resources and preparedness.