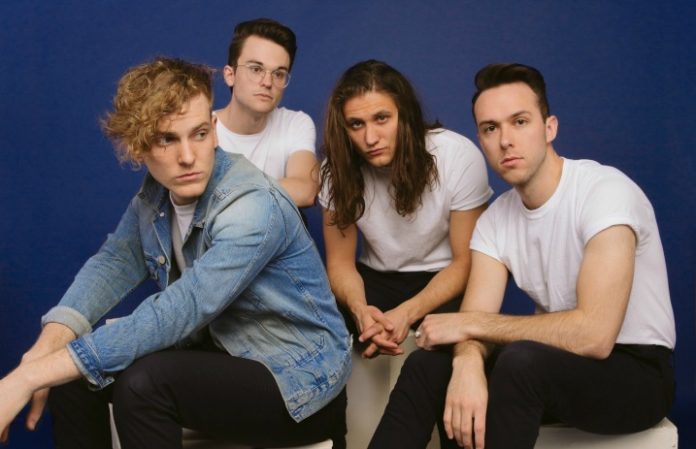 Indie-pop breakthroughs COIN are on the move once again.

After a non-stop touring schedule, including memorable performances at major festivals like Lollapalooza and Firefly, COIN are adding another impressive feat to their résumé. The synth-spiked quartet have teamed up with Fall Out Boy’s Patrick Stump to create a remix of their single “Talk Too Much” and it rocks just as much as the original.
“'Talk Too Much' is a brutally honest song about my inability to leave it unsaid. It's a look into the notes app on my phone, scribbling ideas and things I’d like to make better about myself. This one worked itself in a song,” says vocalist Chase Lawrence. “It's surreal to have a nod from someone like Patrick Stump. We grew up listening to Fall Out Boy, and it means a lot to hear his spin on a song that came out of my brain less than a year ago.”

As for the future, Lawrence hints, “New music is on the horizon. The album is done and new songs are eminent. It feels good.”

COIN are gearing up for a second album release early next year and are currently on tour supporting Bad Suns. Make sure you check them out at one of the dates below.