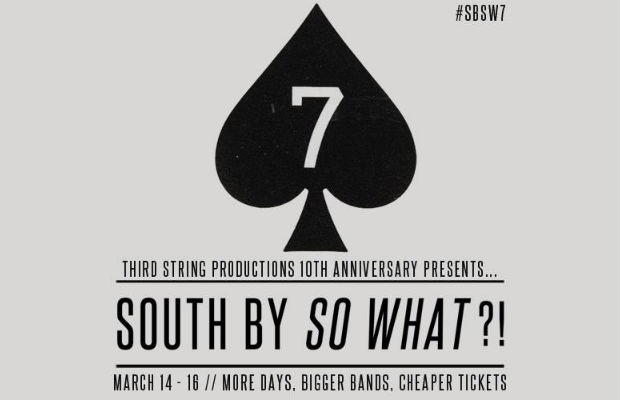 This Friday marks the kickoff of the 2014 edition of South By So What?!, Texas’ premier rock, punk and metal festival, and AP is proud to be a sponsor this year. (We’re not just saying that because we have our own stage—okay, maybe that’s a little bit of the reason.) Of course, with all multi-stage festivals, you’re bound to have to make some tough choices about who to watch. So let us help reduce your stress level and tell you about three bands we think you absolutely must see this weekend. Keep in mind all the headliners are playing unopposed each night, so you won’t find any of those bands below. (C’mon—do you really need us to tell you to go watch Taking Back Sunday, Bring Me The Horizon or the Story So Far?)

DAY ONE CONFLICT: WE CAME AS ROMANS (6:15-6:55) VS THE OCEAN (6:30-7:00) VS. CHIODOS (6:40-7:15)
Right off the bat, this one’s a toughie: Michigan’s Chiodos are just weeks away from releasing Devil, their first album with frontman Craig Owens in seven years, and they’ve been at the top of their live game lately with new guitarist Thomas Erak. Metalcore stars We Came As Romans, on the other hand, hail from the same state and probably wouldn’t be a band if it weren’t for Chiodos. Normally, we’d flip a coin on this one, but the addition of German prog-metal titans the Ocean on the third stage makes us pick the dark horse. Let’s face it: You’ve probably seen WCAR before, and Chiodos are just getting started on touring for Devil so they will definitely come back. But when’s the next time you’re gonna get your face melted off by a bunch of foreigners? When in doubt, always go with the European band. Always.

DAY TWO CONFLICT: CURSED SAILS (2:20-2:45) VS. THE BUNNY THE BEAR (2:30-2:55)
Electro-screamo merchants the Bunny The Bear have existed for a mere six years, but in that time they’ve released four full-lengths (with a fifth, Food Chain, coming out on Victory March 18)—and gone through a whopping 22 ex-members. For better or worse, their live show is never the same, which is reason to watch. You might not know Cursed Sails yet, but you likely know Ben and Cory Ferris from their two previous bands, Issues and Woe, Is Me. The Ferris brothers (on vocals and bass, respectively) have started a new band together called Cursed Sails; their debut album, Rotten Society, comes out on Rise Records May 13. They’ve only played a handful of shows to date, so this is as good a chance as any to get on the bandwagon before everyone else does.

DAY THREE CONFLICT: DANGERKIDS (1:30-1:50) VS. ’68 (1:30-1:55)
Ohio’s Dangerkids are one of our 100 Bands You Need To Know This Year, which normally would be a surefire slam-dunk recommendation. They’re probably gonna be the next Linkin Park, so if that sort of thing sounds appealing to you, Dangerkids are your new favorite band. However, they’re going up against ’68, aka the new project of Josh Scogin (formerly of the Chariot and Norma Jean), who were one of our Most Anticipated Albums of 2014. ’68’s songs are chaotic, noisy, unpredictable—and totally awesome. And assuming how wild the Chariot’s live show was, we expect nothing less from Scogin’s new project.