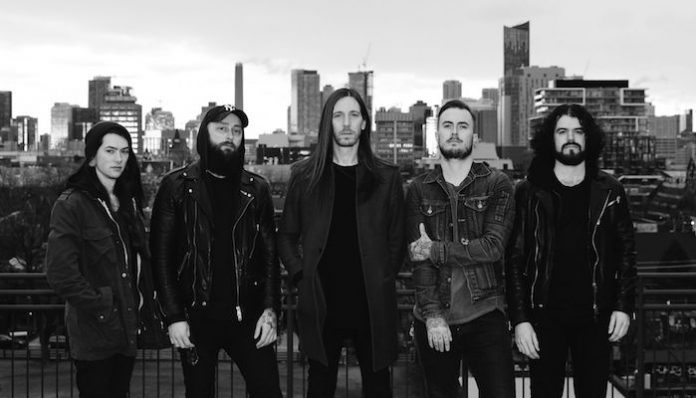 Their booming sound matches a heated debate rather than a CONVERSATION, but one of the latest promising post-hardcore acts won’t need more than a few words to convince you of their greatness.

The band are teaming up with AP to do just that, showing off their new track, “I Can Play The Outlaw,” along with its accompanying music video.

Read more: A Day To Remember announce the Degenerates tour with stacked lineup

With the latest taste of their new chapter, CONVERSATION don’t pull any punches; they throw them in full force. While their screaming intensity is deafening, the aggressiveness doesn’t mask their calculated words aimed at society itself.

The new song may be laced with thorned lyrics, but the band opted for a raw approach to the packaged visuals. If nothing else, the video is a convincing argument to catch them in person while in your area.

“When we were coming up with the concept for this first video, we wanted to showcase what it was like to be at a CONVERSATION show and a raw look at what our lives look like,” the band say. “We had accumulated a lot of live footage, so it was an easy move to build everything from there.”

This wasn’t just a cop out, though. Just like their carefully penned words, the band hand-selected this track to specifically match the ferocity of their live sets.

“‘I Can Play The Outlaw’ was the perfect track for this style of video as it speaks to the attitude that we exude on stage,” they explain. “We don’t expect everyone to like us, but we’re incredibly happy when we meet people that see what we’re doing and want to be involved.”

Aside from the excitement and energy surrounding their latest release, the band is just happy to be doing what they love.

“We’re all over the moon to be releasing this music into the world,” the band say.

You can check out the new video below.

Romance is set to release Sept. 6. You can check for updates on the new record here. The band play their next live show at Rock The Coliseum Aug. 9, with details available here.