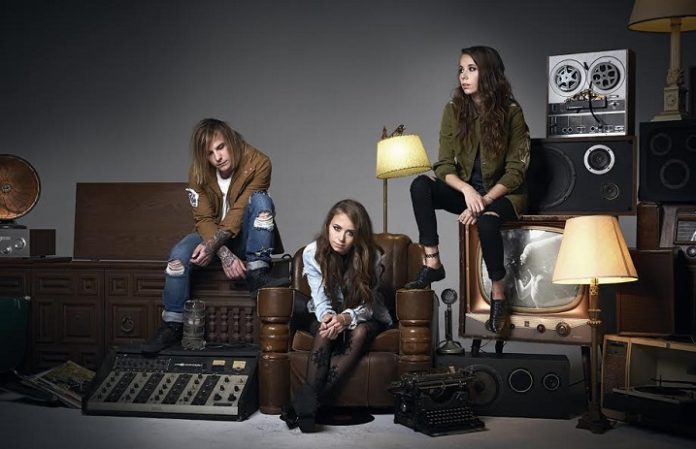 Canadian pop-rockers Courage My Love are teaming up with AP once again to bring you their new album, Synesthesia. It's officially out today in the states on InVogue Records, who have a slew of merch options to see here (it's also on iTunes). It's infectious as ever, and songs like “Stereo,” “Drowning,” “Need Someone” and “Never Gonna Change” hang the dark dance energy high from top to bottom. Their previous LP, 2015's Becoming, also premiered on AltPress for those keeping track. Find all 14-tracks of Synesthesia below along with some commentary and upcoming tour dates.

“Synesthesia was a real test for all of us. We pushed ourselves in ways we never had before in terms of songwriting and performing. I wouldn't call it a concept album, but there is definitely a general theme to the entire record. It tells a story everyone can relate to. A heartbreak, a crisis of faith, and also the long struggle toward regaining your self-esteem and self-respect. We chose the title Synesthesia because we thought it was the perfect concept for trying to describing the feeling of being lost and overwhelmed by emotions. We were really inspired by the imagery and vibe of '70s horror film Suspiria by Dario Argento.”