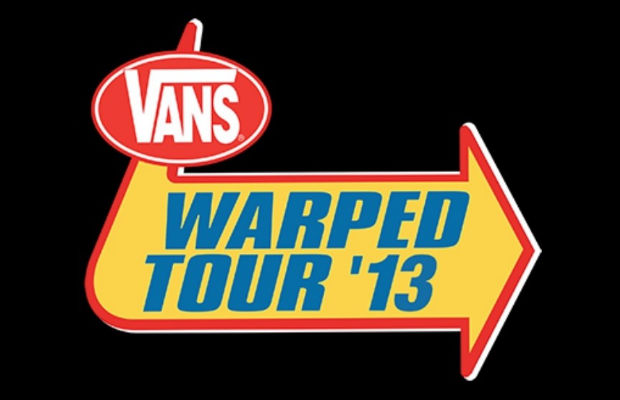 Every year on Warped Tour, a band or two (or 50) will incorporate a cover of the latest pop-radio sensation into their set. It just works in that environment. Many people attend the festival to discover new music, and when you find yourself front row for a band you’ve never listened to before, even if you despise the pop tune they’re covering, it brings familiarity and spawns interaction—even if it’s only in a “if you can’t beat them, join them while waiting for your favorite band to go onstage” way.

ODDS IT WILL BE COVERED: 7:1
BY WHOM: Mixtapes
WHY, GOD, WHY? Love it or hate it, “Alone” has quickly become one of the biggest songs of the summer for this scene with nearly three million plays on YouTube as of this writing. Seeing as how Falling In Reverse had to cancel their Warped Tour mainstage stint due to frontman Ronnie Radke's upcoming fatherhood duties, it would only be appropriate for someone to attempt this crunkcore insta-classic. Our money is on Cincinnati pop-punk goofballs Mixtapes, who will literally attempt to cover any song you yell at them. (Seriously—if you’re afraid to yell this one out, shout out a Korn or Limp Bizkit song instead and watch the magic happen.) [SH]

UPDATE! It looks like Mixtapes are up for the challenge!

ODDS IT WILL BE COVERED: 5:1
BY WHOM: 3OH!3
WHY, GOD, WHY: Who better to cover a hip-hop duo’s song about not letting the haters get you down than a electro-rap duo who have kept going, despite the fact that their one mainstream hit, “Don’t Trust Me” ended its radio run five years ago? As Dan LeRoy wrote in his review of 3OH!3’s new album, Omens, “These guys were supposed to be dirty-mouthed one-trick ponies, after all.” I have no doubt that if they were to cover “Can’t Hold Us,” 3OH!3 would do it justice and add their own spin to it. Here’s to one-trick ponies coming back for a second round. [BM]

MUMFORD AND SONS, “I Will Wait”

ODDS IT WILL BE COVERED: 10:1
BY WHOM: Brian Marquis and the Whiskey-Soaked Tekkamaki
WHY GOD, WHY? No, the Whiskey-Soaked Tekkamaki is not the new band led by Brian Marquis, the founder/curator of Warped’s Acoustic Basement stage. It’s a goof I made because Marquis is a big fan of all things raw fish and sour mash. As for hearing him pimp that ubiquitous-as-fly-shit Mumford number, well, why not? Consider that in a world tainted by download culture, a million people bought the album those sheep farmers recorded. Besides, if Marquis pulled it out during his set, it would be a genius way to get the attention of chaperoning parents with more money than pop-culture smarts to drop at the merch table. “I've heard your song! I didn't know that was you!” [JP]

ODDS IT WILL BE COVERED: 12:1
BY WHOM: WOE, IS ME
WHY, GOD, WHY? Let’s face it, everyone knows at least one or two (probably more) Rihanna songs. A Skylit Drive, All Time Low, The Cab and this guy who does a one-man-band pop-punk version have all covered her catchy chart-toppers. Her new song “Pour It Up,” while on the slower side, seems like a missing breakdown piece in the Warped Tour puzzle that would complete Woe, Is Me’s set this summer. With lyrics like “strip clubs and dollar bills, I still got my money,” Woe, Is Me can expect their Ke$ha cover “Tik Tok” to be old news. [BJM]

ODDS IT WILL BE COVERED: 3:1
BY WHOM: The Summer Set
WHY, GOD, WHY? Since our last pop list, the ever-fleeting trend world has shifted and the new Taylor Swift song no one can avoid (thanks, Diet Coke) is “22.” Admittedly, I don’t know any of the rest of the song except the part shown in that clip, but each time I hear it, I can’t help but think it would fit perfectly on the Summer Set’s latest album, Legendary. A quick search of birthdates shows that if you divide up the ages of the members of the Summer Set, the median is 23 with two of the members sitting square on the 22 mark, so the band are even close to the age in question. [CW]

ODDS IT WILL BE COVERED: 5:1
BY WHOM: Forever The Sickest Kids
WHY GOD, WHY? Remember when Justin Timberlake was named “creative director” by Anheuser-Busch to shill their Bud Light Platinum beverage, the taste of which closely resembles the results of an equestrian diabetes test? Well, we could totally see Sickest Kid frontman Jonathan Cook cutting all sorts of deals to pave the way for his band’s way back into the greater public. Maybe he could ride one of those ATVs he sells back home onstage, straight into a mirror made of the breakaway glass they use on movie sets while crooning, “I can’t ever change without you/You reflect me.” Come on, peeps: Product placement has been the new hotness for a while now… [JP]