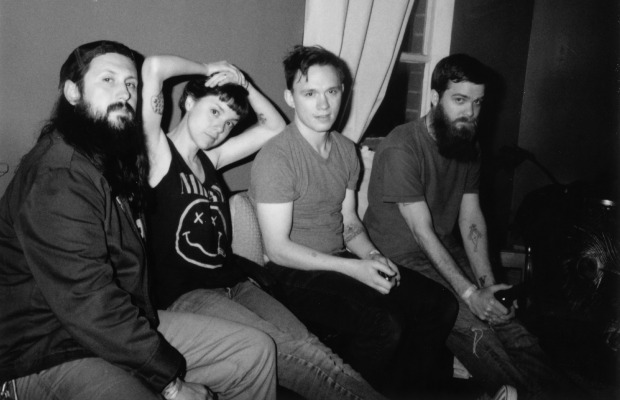 Philadelphia’s Creepoid are teaming up with AP to bring you the exclusive premiere of their new EP, Wet, which will be released on Record Store Day (April 19) via Graveface Records. Listen to the EP below, and let us know what you think. The band released their self-titled album last month via No Idea Records. Read AP’s 3.5/5 star review of the record.

“The cover of this record says everything. Our good friend Paul's daugher (Ella) saw the bunny outside of her house and tried to sneak up on it. As she got closer, she realized it was dead. Paul planned to bury the bunny, but Ella wanted to be able to keep it somehow – so they came up with the idea of preserving it in the jar, which she keeps in her room,” said guitarist Sean Miller.

“This album is about embracing the unexpected and making things work. We recorded it in our basement, quickly and inexpensively, and somehow those limitations lead to a catharsis of sorts. Everything somehow made more sense because of the breakthroughs that come with working with what you've got and relying on your instincts…”