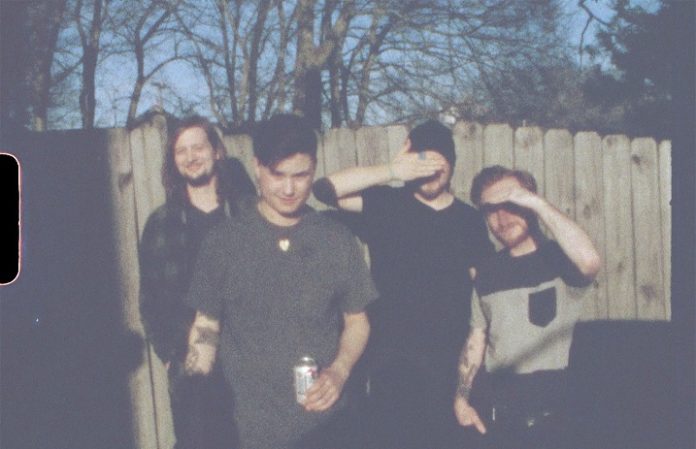 Plus, enjoy the first listen of “Cute Little Finger,” an interview with frontman Michael Roe and all upcoming tour dates, including the announcement of their first overseas tour with Sibling.

PRE-ORDER: Limited to 25 Flexi and Digital at No Sleep Records

When people think of Nashville, they often think of country, pop and the songwriting community. What can you tell us about your scene and place in that city?

The underground rock scene in Nashville has proven itself to be a driving force for the city and its newcomers. I'm very proud to be a part of it. 90% of the time, I am stressed about how much is going on in Nashville, but the part of me that still feels a warmth here within all of the changes is how great the bands are around here and how it feels like a giant support system. One cool thing about this place having such a strong pop and singer/songwriter presence is that sometimes those scenes and scenes like mine will intermingle and take inspiration from one another. That kind of thing can greatly improve how music is composed within each scene. I am legitimately intimidated by some of my best friends and other Nashville bands because I feel like I have to write better and better just to keep up.

What sort of major band woes have Daisyhead endured the past few years?

If anyone is familiar with this band, they know full well that we are one of those “bad luck” bands. Honestly, a lot of our struggles come with the territory, and even though this past year alone has been a major bummer for the most part, we are still trying to be thankful and stay excited. Sometimes I feel guilty for whining about it because we see it all happen to almost every touring band. For the longest time, I could just never keep a solid lineup for this band. Any disagreements were dealt with and there are no issues or bad blood between anyone. Daisyhead has a solid lineup now, it's honestly the main compliment we get. All of the old members are phenomenal musicians, but this unit works so well together.

Vehicle issues, the bane of my existence. We have poured thousands into this van to get it fixed, and made a lot of mistakes due to having to make snap decisions right before a full U.S. tour. Still it does run well enough for us to tour in it. Perhaps we should have just put those thousands into another old van, but we feared the same thing would happen. Well, look what happened. The van situation has caused a massive amount of stress on the band, but we will get through it as our other touring buddies do.

Your latest LP, In Case You Missed It, only came out last year and you've got these new songs done already. How do you stay productive when many bands take years between releases?

Well, we really lucked out on these songs. We were asked by Rick King to record a couple of songs and he had already done some really well produced stuff. These are the first songs written by this lineup and they came so quickly it just worked out perfectly for Rick to hit us up. It's been a really special project for all of us.

The track we're sharing is called “Cute Little Finger.” Can you tell the story behind it?

Timing hardly ever fails to be the enemy. Overwhelmed with confusion and only recognizing the sense of rejection, a pattern of temporary stints of hope became more seen as delusions as these words were written. “Cute Little Finger” brings to light what it's like to know that humans are able to destroy you without knowing they're doing so. How can you expect someone to know what they're doing to you when all they want is to get better themselves? Sometimes, when the timing is just off enough, a crash and burn outcome is inevitable.

You did a split EP with Have Mercy that was a lot of fun. If you had to pick a Top 8, MySpace style, of bands to do more splits with, who would they be?

The only thing I will refuse to do is Top 8 style. I will give you bands, but if I don't say “in no specific order” I will spend two hours on this one question. Plus, the Top 8 on MySpace totally ruined relationships back then. Also this will be a ridiculous list with some bands that would never happen. So, in no specific order: From First To Last, Box Car Racer, Boston Manor, Everyone Leaves, J. Cole, Sugarcult, Northbound, Can't Swim.