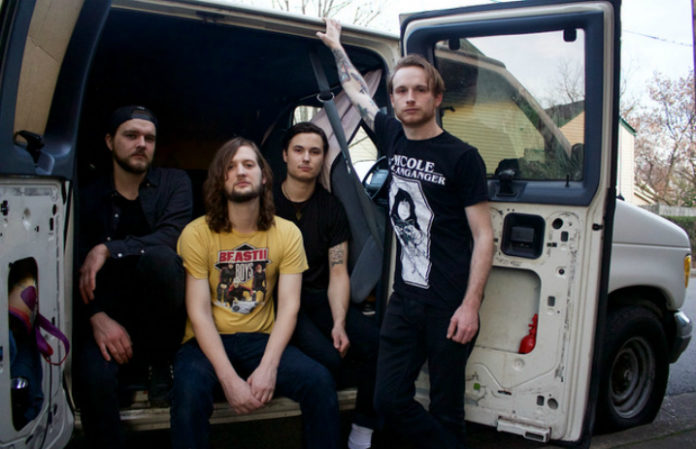 Self-doubt and uncertainty are at the core of Daisyhead’s forthcoming album In Case You Missed It, and it’s confronted head-on in “Common Ground,” the second single off the Nashville-based rockers’ new record.

“It’s all in there,” frontman Michael Roe says. “Every bit of doubt in myself and every bit of anxiety I had is all umbrellaed under this record completely.”

Entering into their second album cycle, the band feel more confident than ever. But they've been reflecting on the stagnancy they felt after releasing their debut record, The Smallest Light.

“It just seemed like we were treading water,” Roe explains. “Because we weren’t touring, we weren’t able to land a team that we wanted, and because of that, we really didn’t give The Smallest Light the album cycle it deserved.”

“Common Ground” confronts Roe’s discouragement. Originally meant to be an instrumental track, the lyrics are a look at what he was feeling in that exact moment. And the video, taken as a seemingly outside look at his inner feelings, embodies the distress the song portrays, resulting in one of the band’s most emotional singles to date.

“I just went with what I was thinking right at that time to write that song,” Roe says. “The song is about feeling like I care a lot about other people’s feelings and how they are doing, but whenever people are blatantly inconsiderate to what’s going on in my mind, it’s kind of rough.”

Left wondering whether or not they should keep Daisyhead alive, the band have rid themselves of any self-doubt holding them back. Through it all, the band have found a way to truly carve their own path with In Case You Missed It. Stylistically, they are a completely different band. Through the changes in both the lineup and in life, Roe found support in others and realized that Daisyhead had a future worth pursuing.

“The day we announced the record, we all said to each other, ‘This is the first day of our version of Daisyhead.'”

“I got a lot of encouragement from other people, and then I started seeing more potential in the songs we were writing,” Roe explains. “The day we announced the record, we all said to each other, ‘This is the first day of our version of Daisyhead.' This’ll be the first set of releases under the new members, and honestly, we’re all just more excited than anything.”

With a record release and a forthcoming tour alongside Northbound, Tigerwine, Fossil Youth and Sundressed, Daisyhead are in the best place they’ve ever been.

“These songs are from a mindset that I had when I was writing that record, and that’s not who I am anymore,” Roe explains. “I’m just much more confident, but not fully. I’m always going to have these issues. But confronting [those feelings] and not letting go because of them has gotten me where I am.

“This is further in my music career than I ever thought that I would get, and I think that’s something people should know.”

Watch the video for “Common Ground,” and preorder In Case You Missed It, out April 28 via No Sleep Records, here. Check out their full list of tour dates below.