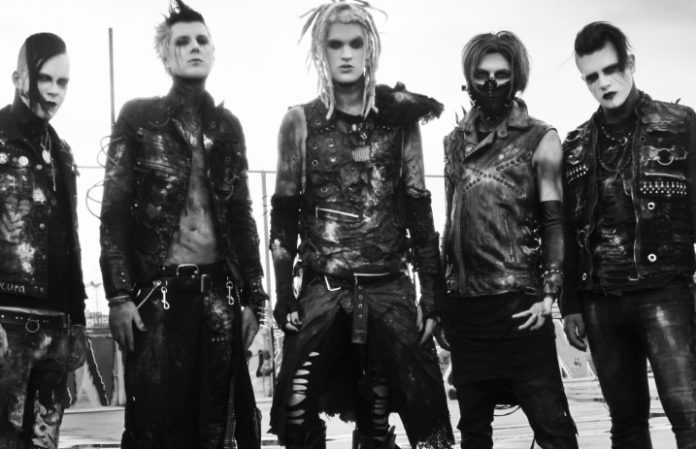 Davey Suicide garnered a lot of attention earlier this month when they shared a tell-all video detailing a feud with their former label, Standby Records. Since then, the lawsuit has been settled, the video has been taken down and the band are ready to move on.

Now, they're teaming up with AltPress to premiere their first song since the ordeal was put to rest, “Rise Above.” The track is the lead single from their upcoming album Made From Fire, which was co-produced by Charles Kallaghan and Needlz. The album is expected to be released sometime next year. Until then, “Rise Above” serves as a first taste of Davey Suicide's future and a thank-you to those who have supported them.

“This song is a huge thank-you to our fans who stood behind us with one unified voice over the last few years (especially over the last few weeks),” shares frontman Davey Suicide. “This song, 'Rise Above' captures the raw emotion of everything that we've been living through, and it's the first step toward our new future.”

You can hear the single below and watch the official video, which shot and edited by Justin Mark Morrison. Spencer Sacks served as a second camera operator.