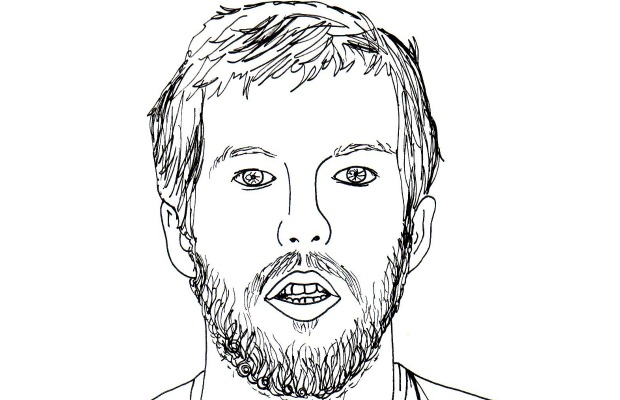 DAYTROTTER—the innovative website that takes touring bands, puts them in a studio surrounded by vintage gear, records the action and then posts the tracks for free download—are no stranger to pioneering ideas. A few years ago, they found themselves with an original idea: What would happen if they took a few of their favorite bands and built a tour around playing in barns? Well, the answer must’ve been pretty awesome, because this month, the crew are gearing up for the fifth run of Barnstormer—and this time, they’re leaving the Midwest (their headquarters is Rock Island, Illinois) and hitting up barns in New Hampshire, Vermont and Ohio, among others. This fall, the tour features Deer Tick, White Rabbits, We Are Augustines, Blood Orange, Princeton, Hacienda and more. So pull on your favorite pair of boots and read on as Daytrotter co-founder SEAN MOELLER talks about the tour, how bands get picked to record sessions and which gangster showed up at one of the Barnstormer venues to party.
INTERVIEW: Rachel Lux

How did the Barnstormer tour first get started?
I guess it was in 2009. I don’t know where the initial idea came from, but it really kind of came around the time we met the Local Natives guys. I think it was one of those things where we all had a band crush on them. I mean, they’re so young, they were on their first tour and it was one of those things where I was like, “You know, I just want to do more things with these guys, because I think they’re great.” And so I devised the idea. I didn’t have a barn—I didn’t know if it would be impossible to get a barn, and I didn’t know how it was going to work—but I threw the idea out to them. They were heading across country again on their way to New York or somewhere to start a tour, and we arranged for them to stop at my house. We had a little barbecue and talked to them about the idea, and there during the barbecue we decided, “Let’s try this, let’s do it.”

So I found some barns, found a few other bands that we were friends with that we’ve done sessions with and set it up. We didn’t really know what to expect. We went to some places that really went well, and we went to some places where we didn’t see a ton of people, but the experience of it was just so cool. If you take a show in a barn and it’s in front of 30 people, it’s probably still 100 times better than a show in a regular rock club in front of 30 people. It’s the atmosphere and what we were doing out there together. It made it really special. On the last day of the tour, I was already planning the next one for the fall.
It was one of those things that got into us; you started realizing that this is a pretty special thing. There have been shows in barns before in the past, but to really make a full tour of just doing things in barns I think, is a bit of an original idea.

How do you go about finding barns where the owners are willing to let you hold a rock show?
If I know I want to go to a certain city, I usually start looking around for places that are known for [holding] weddings or things like that. There are so many barns that have been renovated or converted into wedding reception areas and halls you can rent out. They’re still rustic and don’t really have too many amenities. If you find something you like, you see if they’re going to charge you a wedding rental fee. And if they are, then you move on, because it’s usually atrocious. [Laughs.] But if it’s someone who’s willing to work with you, and they’re excited about the possibility of doing something different, then you see what you can do.

We usually look for something that’s got a wood floor—the more wood, the better. But we’ve had some dates where we’ve had last-minute cancelations where we’re forced to move something, and we find a way to make it work. Sometimes we gotta take what we can get. We had a show fall through the night before on our second tour. [There was] a girl that was following the tour around for a couple days who was friends with the Delta Spirit guys. We were actually going to the town where she grew up the day [the barn] fell through. Her dad was on the fair board, so we were able to rent out a livestock building at the fairgrounds that day. I think we moved the show three times. We were originally going to do it at this roadhouse/biker bar, but then we found out it was 21 and up, so any kid that had bought a ticket wasn’t going to be able to get in. So we kept moving it around that day, and we still had 100 people show up to this show in this little town in Wisconsin.

Barns often have some interesting history, too, which must add to the experience.
It’s incredible hearing the history of [the barns], because at some point in their life, there has a been a party in that barn or a dance in that barn or something—some bluegrass band played there just one time, or they had one party there, and that was it. Or there was this barn we found out way past Des Moines in Coon Rapids, Iowa. It was right on this river, and it was kind of tucked back in the woods, but it was right by where they made distilled rye. During Prohibition, Al Capone would ride the train out there, party out at this barn and then take this distilled rye back to Chicago. Just incredible stuff like that. This barn is in the middle of nowhere. This is so damn cool.

This year, you’re leaving the Midwest to do shows on the East Coast. What prompted the expansion?
It’s one of those things where we totally try to at least get to a couple new spots or try and maybe start it a little bit north or a little bit east or west or whatever. We had some people who told us they had some barns [out east], and we hunted some more down. I think the one we’re going to do in the spring, I’d like to start in the South, like South Carolina or North Carolina, and work our way back up this way. I always like ending them [near Rock Island], because we have that history going—and we’re from here, obviously, so I think they’ll all end here. It’ll be fun to start doing them in different places and work our way back.

Out of hundreds of sessions posted on Daytrotter, the genre of bands is expanding more than ever—including some previous AP Tour stars such as Never Shout Never and the Maine. How do you pick the bands who you record?
It’s not changed too much from the beginning, when it was a little bit of everything—bands contacting us who had been fans of Daytrotter sessions, asking us because they have records coming out, booking agents routing them through or me just sort of discovering people and asking them to come through.

As far as the selection process, it’s just whatever I think is good. I know what we can do a good job with, and that’s really all that matters. I don’t really care if anybody else thinks it’s cool. We’re just giving somebody a platform. Plenty of people think we’ll just record anybody, but it’s really amazing how many people are out there. It’s amazing how many bands are out there. And if somebody thinks that we just record anybody who wants to do a session, they’re grossly mistaken. [Laughs.] For every session we do, we turn down or don’t record another 10. There’s just people that aren’t good enough or they’re too young. There are so many bands out there, and we might work with a lot, but it’s still, in my opinion, the cream of the crop. It’s my taste, so I’m sure plenty of people won’t agree or they won’t like certain bands. Maybe out of a given week somebody might only like two of the seven bands we post, but then the next week, they might like six out of the seven.