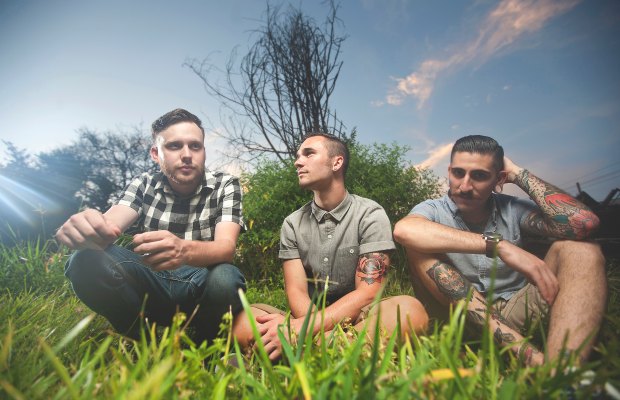 Texas pop-punk trio Dear You are teaming up with AP to bring you the premiere of their new EP, I Can Only Blame Myself. The six-song EP will be officially released October 14 via Third String Records. (Pre-orders are on sale now.) Stream it below, and let us know your thoughts.

Vocalist Chris Roach says, “We chose to name I Can Only Blame Myself after the last lyric of the last song on the album. The words 'I was an arrow that never flew far enough, and I can only blame myself' have a few different meanings in different contexts, and we settled on naming the album the way we did because we have only ourselves to blame for our success or failure, both with this band and in our lives.”

He continues, “The whole EP is up and down and here and there, and it has a lot of really strong themes that sometimes clash and oppose, but I think it just circles back to the same places in a really poignant way. I think the struggle that we had writing these songs and how hard we just hit ourselves over the heads to make it really shines through.”

If you missed it, watch the band’s video for “Castles.” Dear You will be on Gone Fishkin's idobi radio show this Thursday.

Pre-order I Can Only Blame Myself