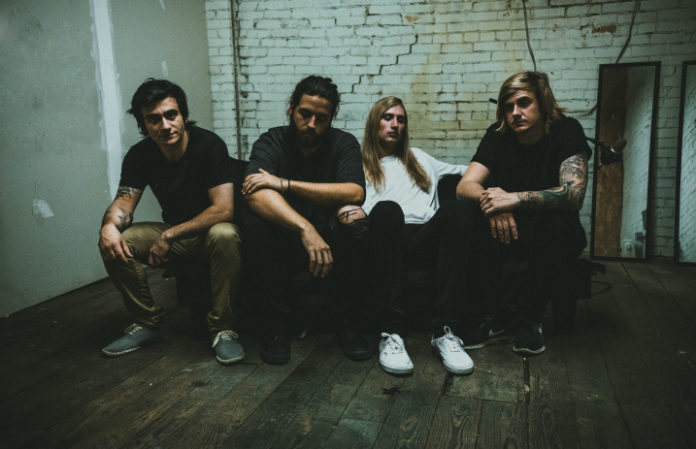 Pittsburgh metalcore act Deathbed are exclusively streaming their six-track EP right here! Formed just in 2016, the four musicians smoothly blend melody with aggresion to produce a sound deeply rooted in emotional perception. Dead Youth officially drops on August 4th, but you can check out the entire EP with us below.

Deathbed began their careers after self-releasing a music video for “Waste,” which was a genuine first look at the band since they directed and edited the video themselves. Soon after, a spooky music video for “Casualty” came out, which portrays the struggles in what seems like an interrogation room. You can check out both of their music videos on the band's website.

“Dead Youth is a journey into difficult trials that people can face early in their lives and how it affects them,” explains frontman Lawrence Fickenworth. “The resiliency of young people shouldn't be underestimated, but that doesn't mean they should have to bottle things up. Many people use music as a release from the hardships in their lives. Learning how to utilize this coping mechanism is especially important in one's formative years.”

Alongside Fickenworth, Deathbed also consists of Kyle Hines—who plays guitar, provides vocals and does most of the songwriting— and Alex Skraba on bass and vocals. “All of us in the band hope that listeners will relate to the songs enough to make a meaningful connection that aids them in a positive way,” continues Fickenworth. “Enduring struggle doesn't come easy but the satisfaction of defeating one's demons is immense, and if Deathbed's songs can assist someone with that, we're doing something right.”

What do you think of Deathbed's EP?