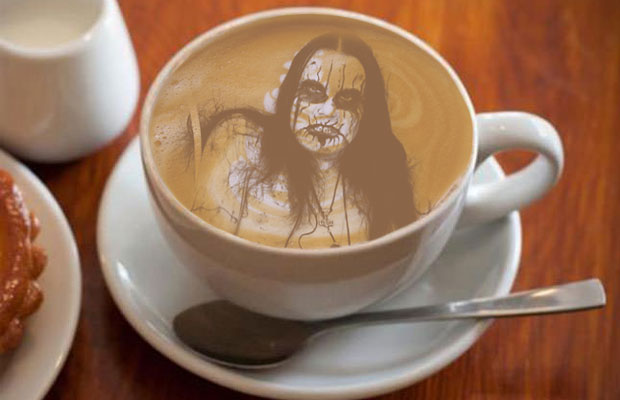 Last year, when Judas Priest and King Diamond were announced as headliners at Austin’s Fun Fun Fun Fest, excitement emanated from metal nation. Everyone was drooling small rivers: from creaky old dudes relishing the opportunity to see their steel-wielding heroes to the young breed looking forward to witnessing those bands live for the first time. The anticipation was especially high amongst King Diamond fans who thought they’d never see Satan’s favorite Dane caterwaul again after his 2010 heart troubles, let alone with the band’s full European stage show in tow. However, much online excitement was also brewing amongst folks who wouldn’t normally be caught dead listening to metal, or seen at a metal show. Well, they might be caught dead, but only for certain strains of the genre; the sorts that have come to be described as “hipster metal.”

Before we get too deep into this particular morass, let’s cut something off at the pass: There is no such thing as “hipster metal.” There is no stylistic bent to “hipster metal” that separates it from other styles in the same way you can point out death metal, black metal or pornogrind. And just because Priest and King Diamond have the ability to send non-metallic hearts aflutter, there’s no way in the legions of hell either of ‘em are anything but metal to the core of the bone. The term “hipster metal” is one thrown around by pockets of metalheads bemoaning the fact particular bands have fans that fall outside their self-prescribed rules of participation. This phenomenon isn’t new; the pejorative has simply changed from “posers,” “jocks” and “yeah-men” to “hipsters” as a way of singling out someone who’s listening to something that someone else doesn’t think they should be listening to. If you’re familiar with Deafheaven, Pallbearer, Baroness, Torche, Pelican, Wolves In The Throne Room, SunnO))) and the Sword, you’ll agree there’s little sonic similarity between any of them, but they’re all bands collectively lumped under the banner of “hipster metal.” That should clue you in on the ridiculousness of the term.

To give you further perspective, your intrepid author has encountered more than a few individuals over the years that have called out Relapse Records for crimes against metallic purity. Fucking Relapse! The label that brought you Nile, Amorphis, Incantation, Suffocation, Misery Index, Exhumed and Pig Destroyer. Yet, they also had an imprint called Release that dealt in harsh noise and experimental music, and signed a bunch of shorthairs called the Dillinger Escape Plan who revolutionized metal using jazz, electronica, hardcore and the rest of the kitchen sink. So, by default apparently, Relapse is a breeding ground for “hipster metal.”

There’s no pleasing some people.

So, why does metal suddenly have a broader appeal? And why does that make some self-described “metal people” so cranky? It’s not news that the internet changed the playing field, allowing instant access to a wide variety of musical genres. However, because the internet has shrunk the universe into an easily accessible genre goldmine, there’s no limit to who can access what. And, for some, that’s a problem. For metalheads worried about the demographics of a band’s fanbase, the internet is a pulsating thorn in the side of scene purity. Anyone can find any album by any underground metal band previously considered elite and from there, there’s no stopping entry into a world that a few years ago would have remained a mystery – even to some metal fans!

To some, this not only dilutes the exclusivity of the community, but the sound, as well. Baroness is often tagged as a prime example of the phenomena. No bones about it, the Savannah, Georgia, band’s early material is far harsher, conventionally heavier and labyrinthine than the more measured rock and melodic metal of their recent works. But from our view up in the cheap seats, theirs was a natural progression over the course of a decade that leant itself to an expansion of their sound and, by default, fan base to include people go nuts for southern and progressive rock, folksy harmonies and experimental ambiance as well as metal. Still, there are those who perceive it as unforgiveable that Baroness opened up metal’s insular world to people who didn’t grow up reading Metal Maniacs and Terrorizer magazines.

On that note, it’s not like metal ever stopped embracing a wider breadth of sound under its banner. Despite the shock and horror expressed with each injection of a non-metal strain of influence, this is nothing new and has been going on since almost immediately after the rain fell and bells chimed on Black Sabbath. Think of some of the classic rock, progressive rock and Krautrock aligned with metal; think about late ’80s funk thrash (or don’t!); think about the otherworld racket of ’90s Amphetamine Reptile bands. As musicians grow, different genres are consciously and subconsciously incorporated in order to expand upon the meat-and-potatoes basics. From the video game sounds and guitar heroics of Dragonforce and Deafheaven’s shoegaze delicacy to the majestic, monolithic doom of Pallbearer and the intelligent atmospherics of post-metal heroes like Neurosis and the late great ISIS, segments of metal have moved beyond power chord riffs and bluesy solos. Not that’s there anything wrong with those who continue down that original path, but the elitist, holier-than-thou attitude from those on the sideline only breeds negative attitudes and terminology. It’s like being a staunch college football fan as opposed to not being a fan of the rest of the sport, including the NFL, Canadian Football, Arena Football and the Legends Football League, because it’s not college football. To each his own, but Canadian Football has a bigger field and a more up-tempo passing game, and I’ve been told that the ladies in the Legends League are great runners and vicious tacklers. By putting blinders on and looking down your nose, you never know what you’re missing, whether it’s touchdowns or breakdowns.

Its worth noting that heavy metal is 40+ years old and it, and its multitudes of subgenres, have been on the public radar since its inception. The industry hasn’t erected a glass ceiling or capped sales figures for who can or cannot be promoted to. Why would they? In the end, what band or label doesn’t want to sell shitloads, regardless of who’s buying? You’d have to be a terrible businessperson if you continued to steer Deafheaven (or their more outré partners-in-impurity, Liturgy) exclusively towards the black metal scene when there’s outside interest. There was a time, however, when if you wanted metal you had to work your lily-white butt off to find it. This is where being told what’s cool by tastemakers and the hype machine starts to fray purists’ nerves. Despite all of us wanting to appear as free-thinkers who’d never ever let the media shape our views, interests and tastes in any way, when traditionally non-metal outlets like Pitchfork, Vice, Noisey, Rolling Stone and even AP expand coverage to include metal’s buzzbands, somebody is bound to be interested. And much to the chagrin of that diehard Iron Maiden fan who’s been there since 1980’s Women in Uniform 12-inch, chances are that someone has never heard of “Women in Uniform” and isn’t aware it’s actually a cover (Oh, you didn’t know that? Fuckin’ hipster!). Sometimes people forget there was a time they were scene neophytes and someone more knowledgeable wrote a review that introduced them to their favourite guitarist, etc. Nothing comes from nowhere, and it’s easy to forget that in the game of one-upmanship.

From the metalheads’ point of view, I get it: Outsiders suck. Metalheads are just like everyone else in that they want their own little world to remain their own little world and if someone who wasn’t born in a Celtic Frost longsleeve is sullying the gene pool, watch the fuck out! The ire of the headbanger is magnified by the fact that non-metal folk have little understanding of the lifestyle attached to the music. After generations of being shunned, bullied and talked down to by everyone from the mainstream industry and government to religious groups and musicians from other fields, you can understand the suspicion when someone who doesn’t seem fully dedicated to defending the faith tries to personify a largesse that holds a deeper meaning than possibly conveyable a New York Times feature or some popular music blog’s monthly roundup column.

In the end, there’s no shortage of great music out there waiting to be had. If you think bands are going to alter what they’re doing based on the disenchanted few, then you’re mad. Whether it appeals to large gangs of violently thrashing South American earth dogs and rivetheads, handlebar-moustachioed Williamsburg transplants or a pack of Nepalese sherpas who’ve discovered Meshuggah on the internet, creation will continue and musicians will end up wherever their music and audience takes them. For us, we’re not demanding a big love-in amongst the “true” and the “hip.” But to completely discount a band because of who else is in the audience is only doing a disservice to yourself and your record collection.