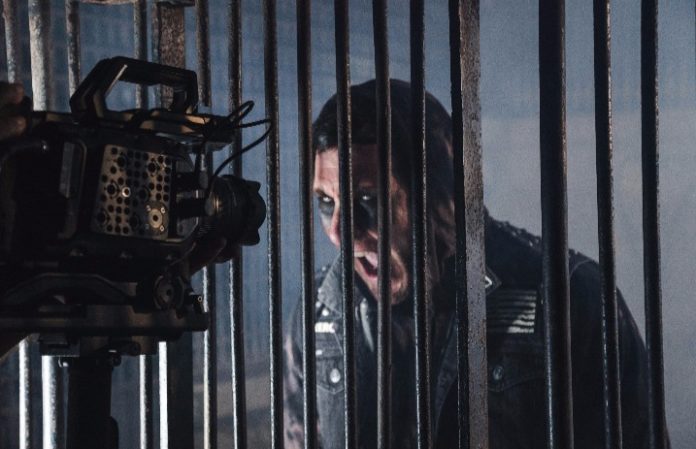 Ded's sharing an exclusive behind-the-scenes look at their sinister “Remember The Enemy” music video. The song is on the metal band's debut album Mis•an•thrope, which was released in July on Suretone Records.

“We shot the video for ‘Remember the Enemy’ in Griffith Park at the old abandoned Los Angeles Zoo that was opened in 1912 and closed in 1965,” lead singer Joe Cotela says. “That area has turned into a hiking destination – it’s a kind of park-within-a-park. It has a creepy vibe at night and is an eerie setting of a dark, forbidden forest.”

The creepy location was picked up by Limp Bizkit's Fred Durst, who directed the video. You can see him in action in the “making of” video below.

“The cages are supposed to be haunted by the spirits of animals that were once imprisoned there in old school, obsolete and harsh conditions,” Cotela says. “We really went for a dark, nightmarish horror movie vibe and we think we achieved that.”

“Remember The Enemy” is Ded's second video directed by the Durst, who also worked on “Anti-Everything.”

Mis•an•thrope was produced by John Feldmann (Disturbed, Blink-182, Beartooth) and debuted No. 1 on the Alternative New Artists albums chart. You can buy the album here and catch Ded on tour this fall (dates below).

* with Korn
ˆ with Stone Sour