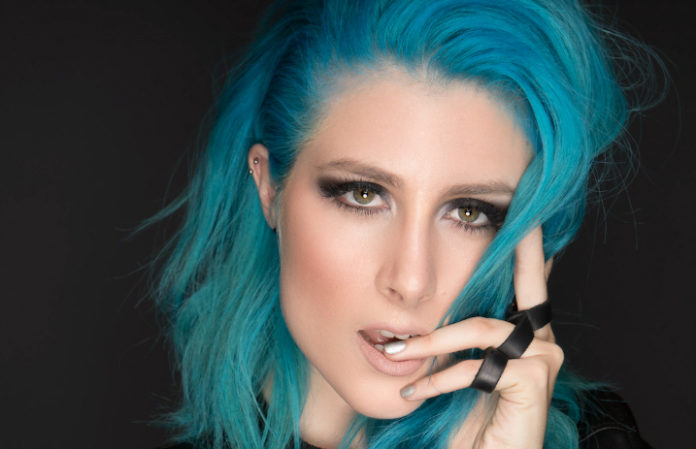 Blue-haired rock maven Diamante is premiering “Coming In Hot” off her debut album Coming In Hot (release date not yet announced). The album was produced by Howard Benson, who has worked with the likes of My Chemical Romance, Chris Cornell and Halestorm, and finds Diamante at her most vulnerable.

“Howard really pushed me to be vulnerable and talk about things I was afraid to talk about,” she says. “I finally got the courage to be honest with my lyrics and myself. I want to be someone girls and guys growing up can relate to.”

Watch the video for “Coming In Hot” below:

Hoping to bring on a new era of rock, Diamante says this is not only your new go-to summer song, but also her explosive entrance onto the music scene.

“'Coming In Hot’ is my modern take on the iconic spirit of '80s rock 'n’ roll,” Diamante says. “It’s both an epic summer anthem and my personal interpretation of breaking the rules of safety in today’s music industry — whether they're ready or not.”

For those hearing Diamante for the first time, you're probably wondering, “What does her name even mean?”

“In Spanish, Diamante means ‘Diamond,’ and my middle name Azzura means ‘Blue’ in Italian,” she explains. “If I was a color, I would be blue. I love it because it’s bold, ethereal, and everything I am.”

What do you think of the video? Let us know in the comments below!