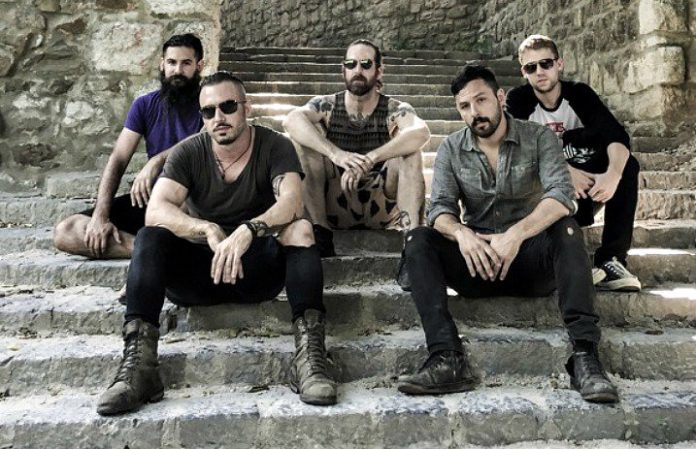 Talking to AP before a gig in Toronto, Greg Puciato sounds remarkably composed for a man whose band, the Dillinger Escape Plan, are less than 24 hours from announcing their breakup. That’s because, in that same short window, Dillinger will also announce the Oct. 14 release of a new, sixth album, Dissociation, and a club tour that’s just the teaser for an upcoming world trek. Bursting with the face-ripping calculus of riffs and roars that’s long set Dillinger apart from every other metalcore band on earth, Dissociation also introduces powerful new layers of moodiness and subtlety. It’s a genre-upending swan song for a band who’ve spent the past 19 years shredding metal and hardcore traditions, but as Puciato—who’s also looking ahead to a new album with his electronic side project, the Black Queen—explains, it’s not the final statement it seems.

You knew Dillinger would be ending before work started on Dissociation. How did that influence the songs you wrote?

There’s literally nothing on the record referencing our breakup. It’s not even something I was thinking about when I was writing. For me, every record is a time capsule of life at that moment: You want to stuff everything you can in there so that you’re not walking around with it. So if something’s a burden in my life, I’ll try to turn that into something other people can enjoy and get something out of. But most of my life outside of Dillinger has nothing to do with playing in Dillinger.

You can see how people might be listening for clues into what’s going on with Dillinger, though.

I know that would be more interesting for people, but for me, writing that kind of a record would be the same thing I hate about autobiographies. You’re turning other people into tools for your own gain, and I find that really disgusting.

You sound more exposed and vulnerable than ever on this record—particularly in some of the more somber songs, like “Nothing to Forget” and “Wanting Not So Much As To.”

Well, yeah, and that’s been very much a part of my life these past three years. Especially with the Black Queen record, I had to switch gears from always being on the attack. I think the older you get, the more you realize that heaviness and intensity come from a different place than the cartoonish way you viewed it when you were a kid. When you’re a kid, you view Slayer as being really intense; when you’re older, it’s Billie Holiday. As you grow as a person, the things that fucking crush you are sublime, nuanced and usually very vulnerable—not the guy in the middle of the room yelling, “Fuck you!” So I just realized that I’d reached the event horizon of how far I could go in terms of lashing out, and I needed to go a lot more uncomfortably inward.

How has Dillinger shaped who you are as a person?

It’s been the most important thing in my life for the 15 years I’ve been a part of the band. We all live in different states, but it’s always there, every single day. I’m always thinking about it. I’m always communicating with people about it. There’s always a show on the horizon. The older I get, the more I try to process the whole thing—particularly my creative and personal relationship with Ben [Weinman, guitarist and band founder]—the more I realize what an unlikely and bizarre combo it is. I’m just fortunate to have stumbled upon it.

“No one in this band is dumb enough to say something’s ever really done.”

Thinking back to the breakup, what chain of events led up to your decision?

Well, no big, calamitous thing happened. It’s just a natural part of the trajectory of individuals’ personal lives and goals not lining up with the lifestyle of doing this. Shit happens, man. [Laughs.] For me, the worst part of talking about all of this is that I don’t have a lot to say. I’m just focused on the reality of my surroundings and the fact that I literally just finished mastering a record a week and a half ago. I haven’t disengaged from the creative process, and I’m immediately now doing interviews and shows, and I already know what my schedule is for the next year. It’s weird.

What moments will stand out most for you when you look back on all this?

It’s funny you ask that, because I really don’t know. I have really bad ADD, man—like, legit, use heavy medication, otherwise I can’t function in society, won’t pay my bills, can’t do laundry. I exist millisecond to millisecond, like a goldfish. So a lot of times I don’t even remember our shows. I don’t remember that Virgin Megastore show where I ran over all those people’s heads, for instance. I remember the YouTube video of it, but if that video didn’t exist, I’d have no idea what people were talking about. What I do isn’t premeditated, and it’s not really logged.

That’s crazy to hear, given the sheer amount of memory it must take just to get through one of your songs.

Well, yeah, and if you’re not constantly engaged in the present when you’re playing those songs, you’ll fuck up. If you take yourself out for a second to become aware of your surroundings too much, you’re suddenly like, “Oh, shit, where am I?” Getting back is like jumping into a moving car window going down the freeway. So I try to stay in the present.

Do you have plans for life post-Dillinger?

Possibly, but who knows how we’re going to feel after the 200 more shows we still have to play. That’s what I mean: We’re about to announce our breakup, and I’m not even thinking about it. The only thing I care about is that the record is being announced and the release date is being announced and we’re finally going to have the fucking first song off the record for people to listen to properly, instead of a radio stream. I’m not thinking about a breakup that’s not going to initiate until hundreds of shows from now. And definitely, creatively, I don’t know what the fuck I’m gonna be thinking two years from now when we finally play our last show.

Well, yeah, because no one in this band is dumb enough to say something’s ever really done. If you’re smart and you look at every other band that’s done this, I mean, Guns ‘N Roses are fucking back, for Christ’s sake. Van Halen already came back. So the only thing you can do to make yourself not look like an idiot and not have to eat your own words is to leave it open for possibilities, because that’s reality. People are done when they’re dead. ALT